Can someone please explain to me which relations come under the prohibited degree of relations under the Hindu Marriage Act? Also, is there any law restricting the marriage between a 19-year-old girl with a 58-year-old man in India? 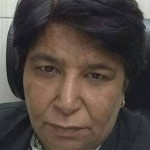 A lineal ascendant or descendant means someone who is related in a direct line to a person, such as a person’s father, mother, grandfather and so on. Someone like an uncle, or a nephew is known as a collateral descendant.

There is no law restricting the marriage between a 19-year-old girl with a 58-year-old man in India but one can certainly refuse to such marraige.

For more clarity, state the relationship, the places of residence, and whether there was a practice of marriage in between those relationships in the past.

The 19 year old girl is an adult and is of marriageable age as per law, hence she can very well marry the 58 years old man provided he is single or his previous marriage is not subsisting  or if he do not fall within the prohibited relationship.

You have also studied and passed the subject of Family Law, what is your response ?

According to Section 3(g) “degree of prohibited relationship” means when two persons are related to each other in any of the following manners: (i) By lineal ascent: If one is a lineal ascendant of the other. This relationship covers the Sapinda relationship which extends upto fifth degree in the line of father and third degree in the line of the mother. The distinction of this category is that it extends even beyond the Sapinda ascendants. (ii) By affinity: If one is the husband or wife of the lineal ascendants or descendants of the other. For example, father-in-law and daughter-in-law, mother-in-law and son-in-law, step mother and step son or step father and step daughter are thus within the degrees of prohibited relationship. (iii) Wives of certain brother relations if one was the wife of: (1) The brother, or (2) The father’s brother, or (3) The mother’s brother, or (4) The father’s father’s brother, or (5) The mother’s father’s brother, or (6) The father’s mother’s brother, or (7) The mother’s mother’s brother. (iv) Certain close relations if both are: (1) Brother and sister, or (2) Niece and uncle (paternal or maternal), or (3) Nephew and aunt (paternal or maternal), or (4) Children of a brother and a sister, or (5) Children of two brothers, or (6) Children of two sisters. According to Section 11 of Hindu Marriage Act, a marriage in contravention of this condition is void. It is also punishable under section 18(b) of the Act. Regarding your second query, I don’t think any law restricts that kind of marriage unless it id done forcefully, without consent of one party Regards