Can one study & practice crimina / civil law after retirement age of 60 years ?

The Supreme Court in 2017 said an emphatic ‘no’ to any rule that sets an upper age limit for law graduates to enrol as lawyers and thereby puts brakes on career prospects for those who want to take up legal profession after retirement or resignation.

A bench of Chief Justice of India H L Dattu and Justice A K Sikri quashed a batch of appeals by various state bar councils, which had framed rules to fix 45 as the upper age limit for enrolment as advocates.

“How can this be done? Lot of people enrol as lawyers after retirement or after their resignation. In fact, I know about one person in Karnataka who was under suspension and he started practising law. He turned out to be one of the best lawyers in the state. These things do happen,” observed the bench.

Appearing for the Bar Council of India (BCI), advocate Ardhendumauli Kumar Prasad sought to convince the bench that the upper age limit of 45 could bring in uniformity in professional practice across the states. Prasad said such a rule would upkeep the professional standards and protect the interests of lawyers.

Similarly, lawyers from bar councils of Gujarat, Punjab and Haryana also pointed out that this restriction would help maintain the standards of education since several candidates used to get a law degree while continuing in other services, without formal or basic education.

The bench, however, remained unimpressed with these contentions and said it was witnessed often that many persons above 45 years in age had excelled in the profession and the young lawyers had a lot to learn from them.

The court also took note of the fact that Parliament had fixed no upper age limit for pursuing law course and, therefore, the state bar councils appeared to create a distinction between two similarly placed persons without any authority to do so.

The court was examining the constitutional validity of the rules framed by state bar councils, which virtually prevented several law graduates, who take up employment, to enrol themselves as lawyers either after retirement or on resignation.

Therefore you can do so.

The first step is "enrolment" in Bar Association.  Then your colleagues will guide you and just go the association Library and Hall to learn more from practical experience. 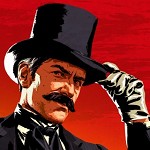 Yes. But you have enrol yourself into a Bar Association for which there is an examination which you have clear.

Please go through the details and FAQs in the following Link for your information and clarification: