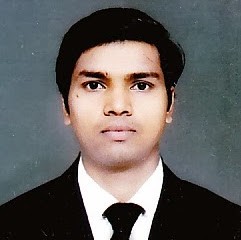 this section still on force...?

Section 497 of IPC was struck down as unconstitutional by the supreme court of India on 27th September 2018 in the landmark case of Joseph Shine v. Union of India (2018 SCC OnLine SC 1676). On 10th October 2017, a plea was filed in the supreme court challenging the constitutional validity of section 497 of IPC, by an NRI from Kerala, Joseph Shine who in his petition said that section 497 was prima facie unconstitutional on the ground that it discriminates against men and violates article 14, 15 and 21 of the constitution.
On 27th September 2018, a five-judge Constitution Bench, led by Chief Justice of India Dipak Misra, in four separate but concurring opinions held that adultery is not a crime and struck it off the Indian Penal Code.

What was held by the bench?
1. The Five judges, including Chief Justice Dipak Misra, unanimously strike down Section 497.
2. Justice D Y Chandrachud says Section 497 destroys and deprives women of dignity.
3. We declare Section 497 IPC and Section 198 CrPC dealing with prosecution of offences against marriage as unconstitutional was held by the CJI & Justice Khanwilkar.
4. Nariman concurs with CJI, Justice Khanwilkar and says Section 497 is violative of right to equality and right to equal opportunity to women.
5. Law deprives married women the agency of consent held Justice D Y Chandrachud.
6. Section 497 offends s*xual freedom of women said Justice Chandrachud.
7. Adultery might not be cause of unhappy marriage, it could be result of an unhappy marriage held the CJI.
8. No justification for the continuation of Section 497 and it is a clear violation of fundamental rights granted in Constitution said justice Indu Malhotra.

Conclusion – Section 497 of the IPC was decriminalized by the 2018 judgement by the supreme court in the case of Joseph Shine v. UOI as it was held unconstitutional and violative of right to equality, but adultery still stands as a ground for divorce under Hindu law [Section 13 (1)(i) of the HMA, 1955].

is there any amendment took place regarding this in IPC

no such amendment but
by verdict Hon. SC has made it decriminalized Hence, it is no offence any more.