I am the only kid to my parents,i am a software engenieer , earning a good salary, i got married in year 2011, with out proper checking the background, we have fell in to the trap of  the girls parents. from the week of marriage the girl started fighting for small small things and moves to her parents house, later after councelling happens she comes backs, says sorry by crying and lives as if nothing happend. i later came to know her mother has mental issues and my wife also behaves like psychopath and during those times she treets me as enemy and fights. once i accidentally hit her and later after councelling, i decided if we move out of bangalore, she might change, after i moved to HYD by requesting my manager. she fall sick in bangalore after some months and she was looking as she is going to die tomorrow and i rushed to bangalore and looked after her and she travelled with me later to hyd,we were little happy in hyderabad, where her parents interference doesnt have much , even though we had some arguments, we settled down at nights,after a year due to no proper hikes in that company, i have sh*ted back to bangalore again joined another company,which is my biggest mistake of my life, my ilaws started coming to my house and she started querrel, once in rage, i injured my head and later after councelling she came back, her brother got married, i felt things will be relieved since my inlaws will deviate their eveil attention from us, things worsed as the girl also ran away and though after similar councelling she came back.

by the way we have brought the second victim to this world, i got baby girl again.

10 days back my inlwas came to take my wife and i said you can go after my second child gets well, since due to severe cold she was suferring.

two days after that ,while i am leaving to office,she gave a call to her parenets from my phone and they asked her to come to movie in night, i told baby is not fine, go in evening times, from that time she pulled all old things and dispute errupted and she got the psych behaviour and hit me with object and left saying she will complaint to police. my father  just came at that time and told go ahead , she took my baby and let.

the girl though hates her parents some time due to her not being give good property share, but she is heavily influenced by her parents and she gets into fight with me.

now since this is ashada masa, my brother inlaw's wife went to her parents house, my wife is residing there and will again make drama to enter my house and repeat the same fights

now i am staying with my elder daughter and parents, i dont know if this is a curse of my previous life sins, i have two daughters and my wife acts like this.my inlaws will never let us to live happyly.

please suggest me some guidence, i am fed up of my life.

a victim of women empowering county.

yoga/meditation/vipaschana are your options brother. if you are already fed up with your life, fighting a legal battle with a woman will make you regret why you were born! so first decide whether you want to continue or call it quits. if you want to continue, take up a job in another city, preferably another country (if possible moon) where it would be just you, your wife and daughters. if you want to call it quits, go for mutual consent divorce - but be prepared for alimony. 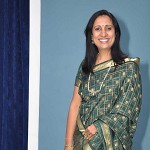 It is very difficult to change the nature of your wife. I can understand your sufference. I am an advocate practicing in Mysore. We can have counseling over phone.You can mail me to sandhyanexlaw@gmail.com.

well, you both need proper mediation and counseling. dont worry all be fine soon.

Why don't you try to find out job in other city like pune noida etc. You are software engineer having large opportunities. Once you get job in another city problems will automatically solve. Counseling may not be solution of your problem. Find job in another city can be a solution. Because in this situation after sometime you will start thinking of divorce which will be worse for your children. They will suffer whole life.

It seems that the situation is painful for the entire family. I would advise speaking with a family therapist and scheduling weekly sessions together with your wife for atleast 3 months. If situation doesn't improve after this then you can look into legal options.