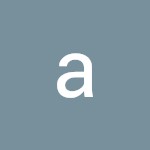 I NEED A LEGAL OPINION ABOUT COURT/ARYA SAMAJ MARRIAGE

THEY LIKE EACH OTHER , BUT BOYS FATHER IS ASKING FOR A HUGE DOWRY..

I HAVE CERTAIN QUERIES REGARDING THIS -

1- WHICH MODE OF MARRIAGE IS BETTER ARYA SAMAJ OR COURT MARRIAGE? ACCORDING TO LAW WHICH IN MORE POWERFUL INCASE BOYS FAMILY RAISES SOME OBJECTIONS LATER

2. CAN COURT MARRIAGE BE DONE ANYWHERE IN INDIA OR THERES A REQUIREMENT OF SOME SORT LIKE (DOMICILE, PLACE OF RESIDENCE ETC) BOTH ARE FROM JAIPUR BUT BOY WANT TO DO MARIAGE IN UTTAR PRADESH AS HE IS POSTED THERE,

3. IF IN WORST CASE SCENARIO AFTER MARRIAGE IF BOY COMES UNDER FAMILY PRESSURE AND WANNA MOVE OUT OF MARRIAGE WHAT LEGAL SAFEGUARDS ARE AVAILABLE TO GIRL? ?? 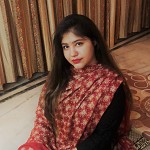 1. Both Arya Samaj Marriage and Court Marriage have equal validity in the eyes of law.

Court Marriages are valid under Special Marriage Act, 1954. Persons of any caste, class, religion who are of age can marry in the court after 30 days of giving the notice of intended marriage. The marriage is solemnized in the presence of 3 witnesses and the Marriage Certificate is issued by the Marriage Registrar.

2. In order for court marriage to take place any party to marriage should have been residing in that place for more than 30 days

Here, the groom is posted in UP hence he can solemnize the marriage in UP.

3. In case the situation for divorce arises wife can claim maintenance for herself