Now my question is that we have been living seperately since 2006 and all reconcilliations have failed so why do we again have to wait for another 6 months to get the decree of divorce?

Secondly I have decided to get married again is it possible to do a social marriage now and get the marriage registered after 6 months after receiving the decree of divorce?

Recently Bombay High Court in a judgement has waived this waiting period in mutual consent divorce.

Marriage before divorce is void and you willl be charged for bigamy.

hahahahahaha its our legal system .perhaps u need some wricked lawyer

we ve all the solutions

You can file a Petition u/sec.151 CPC in the court for shift back the date with a copy of recent supreme court judgement.

Information has taken from ww.advocatekhoj.com:------

2. This appeal arises out of an order passed by the Additional District Judge-01, West Delhi, on 13.4.2012 in HMA No.204/2012, while entertaining a joint petition filed by the parties under Section 13-B of the Hindu Marriage Act, 1955. On such petition being presented, the learned Court below posted the matter on 15.10.2012 for the purpose of second motion, as contemplated under Section 13-B of the aforesaid Act, which is extracted herein below for reference:- "13-B.Divorce by mutual consent - (1) Subject to the provisions of this Act a petition for dissolution of marriage by a decree of divorce may be presented to the district Court by both the parties to a marriage together, whether such marriage was solemnized before or after the commencement of the Marriage Laws (Amendment)Act, 1976, on the ground that they have been living separately for a period of one year or more, that they have not been able to live together and that they have mutually agreed that the marriage should be dissolved.

3. The Section itself provides for a cooling period of six months on the first motion being moved, in the event the parties changed their minds during the said period. Accordingly, after the initial motion and the presentation of the petition for mutual divorce, the parties are required to wait for a period of six months before the second motion can be moved, and at that point of time, if the parties have made up their minds that they would be unable to live together, the Court, after making such inquiry as it may consider fit, grant a decree of divorce declaring the marriage to be dissolved with effect from the date of the decree.

4. Aggrieved by the said order of the learned Additional District Judge, fixing the date of the 2nd motion after six months, the petitioner has moved this Court by way of this appeal, relying on a decision of this Court in Anil Kumar Jain vs. Maya Jain [(2009) 10 SCC 415], whereby after arriving at a conclusion that the marriage between the parties had broken down irretrievably, this Court felt justified to invoke its powers under Article 142 of the Constitution.

6. It was also urged that the other conditions contained in Section 13- B(1) of the Act had also been satisfied as the parties had been living separately for more than a year and had mutually agreed that the marriage should be dissolved. It was urged that except for the formality of not having made an application under Section 13-B, the other criteria had been duly fulfilled and having regard to the language of Section 13-B, a decree of dissolution of the marriage by way of mutual divorce should not be denied to the parties, since four months out of waiting period of six months contemplated under Section 13-B had already been completed.

7. It was contended that as was done in the case of Anil Kumar Jain (supra), this Court could invoke its powers under Article 142 of the Constitution in the best interest of the parties. It was urged that technicality should be tampered by pragmatism, if substantive justice was to be done to the parties.

8. On behalf of the State it was submitted that in view of the statutory provisions, the prayer being made on behalf of the petitioner and the respondent wife should not be entertained as that would lead to confusion in the minds of the public and would be against the public interest.

9. We have carefully considered the submissions made on behalf of the parties and have also considered our decision in Anil Kumar Jain's case (supra). It is no doubt true that the Legislature had in its wisdom stipulated a cooling period of six months from the date of filing of a petition for mutual divorce till such divorce is actually granted, with the intention that it would save the institution of marriage. It is also true that the intention of the Legislature cannot be faulted with, but there may be occasions when in order to do complete justice to the parties it becomes necessary for this Court to invoke its powers under Article 142 in an irreconcilable situation. In fact, in the case of Kiran vs. Sharad Dutt [(2000) 10 SCC 243], which was considered in Anil Kumar Jain's case, after living separately for many years and 11 years after initiating proceedings under Section 13 of the Hindu Marriage Act, the parties filed a joint application before this Court for leave to amend the divorce petition and to convert the same into a proceeding under Section 13-B of the Act. Treating the petition as one under Section 13-B of the aforesaid Act, this Court by invoking its powers under Article 142 of the Constitution, granted a decree of mutual divorce at the stage of the SLP itself. In different cases in different situations, this Court had invoked its powers under Article 142 of the Constitution in order to do complete justice between the parties.

10. Though we are not inclined to accept the proposition that in every case of dissolution of marriage under Section 13-B of the Act the Court has to exercise its powers under Article 142 of the Constitution, we are of the opinion that in appropriate cases invocation of such power would not be unjustified and may even prove to be necessary. The question with which we are faced is whether this is one of such cases?

11. As will appear in the averments made in this appeal, the appellant filed a petition under Section 12 of the Hindu Marriage Act on 1.6.2011 on the ground that the marriage contracted on 26.3.2011, was a nullity; that the parties had been living separately since their marriage and have not cohabitated with each other since 1.6.2011 and in future also they could never live together under one roof. According to the parties, they are residing separately from each other for the last one year and the respondent was presently working overseas in Canada. It is with such object in mind that during the pendency of the proceedings under Section 12 of the Act the parties agreed to mediation and during mediation the parties agreed to dissolve their marriage by filing a petition under Section 13-B of the above Act for grant of divorce by mutual consent. In the proceedings before the Mediator, the parties agreed to move appropriate petitions under Section 13-B(1) and 13-B(2) of the Act. A report was submitted by the Mediator of the Mediation Centre of the Tis Hazari Courts to the Court in the pending HMA No.239 of 2011. It is pursuant to such agreement during the mediation proceedings that an application was filed by the parties in the aforesaid pending HMA on 15.12.2011 indicating that they had settled the matter through the mediation centre and that they would be filing a petition for divorce by mutual consent on or before 15.4.2012. On the strength of the said petition, the HMA proceedings were disposed of as withdrawn. Subsequently, on 13.4.2012 the parties filed a joint petition under Section 13-B of the Act on which the order came to be passed by the learned Additional District Judge - 01, West Delhi, fixing the date for the second motion on 15.10.2012.

12. It is quite clear from the materials on record that although the marriage between the parties was solemnized on 26.3.2011, within 3 months of the marriage the petitioner filed a petition under Section 12 of the Hindu Marriage Act, 1955, for a decree of nullity of the marriage. Thereafter, they have not been able to live together and lived separately for more than 1 year. In effect, there appears to be no marital ties between the parties at all. It is only the provisions of Section 13-B(2) of the aforesaid Act which is keeping the formal ties of marriage between the parties subsisting in name only. At least the condition indicated in Section 13-B for grant of a decree of dissolution of marriage by the mutual consent is present in the instant case. It is only on account of the statutory cooling period of six months that the parties have to wait for a decree of dissolution of marriage to be passed.

13. In the above circumstances, in our view, this is one of those cases where we may invoke and exercise the powers vested in the Supreme Court under Article 142 of the Constitution. The marriage is subsisting by a tenuous thread on account of the statutory cooling off period, out of which four months have already expired. When it has not been possible for the parties to live together and to discharge their marital obligations towards each other for more than one year, we see no reason to continue the agony of the parties for another two months.

14. We, accordingly, allow the appeal and also convert the pending proceedings under Section 12 of the Hindu Marriage Act, 1955, before the Additional District Judge-01, West Delhi, into one under Section 13-B of the aforesaid Act and by invoking our powers under Article 142 of the Constitution, we grant a decree of mutual divorce to the parties and direct that the marriage between the parties shall stand dissolved by mutual consent. The proceedings before the Additional District Judge-01, West Delhi, being HMA No.204 of 2012, is withdrawn to this Court on consent of the parties and disposed of by this order.

15. In the facts of the case, the parties shall bear their own costs. 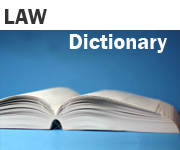 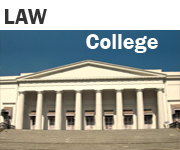 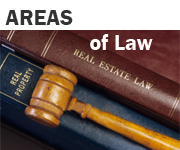 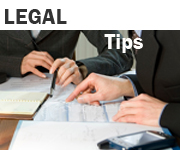 buddy judge is doing what law is.

you need to wait for 6 months to file 2nd motion.

you should only remarry after period of appeal ends.

Minansu provide you gud judgment, just ask your lawyer to put this judgment and court will waive your six months period and provide you divorce within a week.

gretaful to you for providing such a valuable case from records.

I think High court can reduce this period so approach HC & file WP.