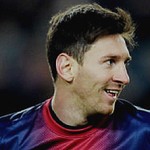 Points: 8
My cousin have only one kidney since his birth and we recently came to know about this. they have had it hidden from everyone for over 25 years. only recently my uncle had a slip of tongue and my father came to know all these. even now, only my father and i are aware about this issue. his alliance is formed with a girl from our community who wouldn't have married had she had known this earlier. they are already engaged to marry since last one month. please tell me the consequence if this matter becomes public.
Reply

Likes: 64
Points: 1124
As per the Section 13 of the Act, the grounds for divorce include:-
Adultery,
Desertion,
Conversion,
Leprosy,
Cruelty etc

These grounds are defined below ;

Adultery is voluntarily involving into s*xual intercourse with person other than your spouse.

Desertion is abandonment of your spouse for a continuous period not less than two years.

Conversion is another important ground for divorce. This refers to situations where a person is forced to impelled to convert his/her religion for the sake of marriage.

Leprosy is a skin disease which is a ground for divorce under the Hindu Marriage Act (HMA) 1955.

Cruelty is a ground for divorce. It refers to activities done by the husband or relative of the husband of a woman, such that they've been impelling danger to the life or limb of the woman.

These are the general grounds for divorce under the Hindu Marriage Act 1955.

Thus, seeking for divorce is easy to be achieved only if the criteria meets up the above given above.

However, a wife or husband can still file a suit for divorce under a family court through a civil suit, if they've been unaware of any sort of disease that they're spouse has been dealing with before the marriage.

If by chance a person is married and after the commencement he or she comes to know that his/her spouse have been dealing a severe disease (that could cause death/sever issue to lead a healthy or normal life) even before the marriage and such a thing wasn't disclosed to them that time. Then, the aggrieved spouse could file a divorce on the basis of fraud done to them.

Therefore, it's better to disclose any such issues before the commencement of the marriage only.

If the matter gets public, it may lead to divorce but only if the wife wishes to do so. If she's satisfied that the disease haven't had any adverse effect it's good to go.

But precaution is better than cure. So incase things don't go as desired, you would need to prove that the disease isn't life threatening and isn't severe enough. Thus, the man would lead a healthy and normal life just the he had been living since past 25 years. For this you may need a fitness certificate.
However, hope for the best.

Hope you're clear about the logic.

No matter. Most people with a single kidney live a normal life without developing any long- or short-term problems. However, the risk of developing mild high blood pressure, fluid retention, and proteinuria is slightly higher if you have one kidney instead of two.

he tend to develop kidney infection frequent (once or twice in a year). initially we thought, it may be because of his habit of eating out a lot. we are still unaware about the whole issue but i think the situation is grave here. the boy has one kidney which is prone to infection is not something i perceived normal. i understand what uncle and his family is doing is wrong and they run a high chance to be exposed some one. they have kept all these infection things hidden as well. the girl he is engaged to marry is again a headstrong lady.

The facts as well the tone of the posting suggests intentions/motives less than honest. The posting amounts to an abuse of this platform.

i am extremely sorry if it came out like that. as i mentioned, the girl is a headstrong and i an not connoting anything negative here. i have known her all my life as a distance relative of my maternal aunt. i didn't intend harm here. stop coming to the conclusion about others without knowing the back story. i was expecting the answer, not my own character analysis.

Strong advise- honesty is the best policy. better curb the issue at the beginning rather when it become worse