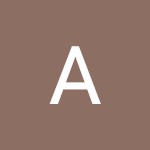 
Likes: 1
Points: 49
I am very confused about the other convict who was hanged who was claiming himself juvenile. Why court didn't entertain this particular claim of his ? according jj act., why he was not given chance ?

Can anyone clear this doubt which his haunting me from many days..
Reply

Ram Singh, Mukesh Singh, Vinay Sharma, Akshay Thakur, Pawan Gupta, and Mohd. Afroz (juvenile) were the accused for raping Nirbhaya. Ram Singh, the primary accused committed suicide in Tihar Jail while in police custody. The juvenile, Mohd. Afroz was tried under The Juvenile Justice laws for rape and murder of the girl and a maximum sentence of 3 years was given to him. All four adult convicts were given a death sentence and were executed on 20th March 2020.


Likes: 1
Points: 49
You didn't get my question. Convicts lawyer pointed out that Pawan Gupta was also juvenile.

But according to JJ act-
Section 7A of the Juvenile Justice (Care and Protection of Children) Act, 2000 permits an accused person to raise the “claim of juvenility” before “any court, at any stage, even after the final disposal of the case”.


Why Pawan Gupta's claim of Juvenility was dismissed ? what about JJ act ?


Likes: 1
Points: 49
It seems Mr. Om Prakash is not ready to read to what I wrote above.

Clear that confusion which I mentioned above, if, possible. Anyone.
Reply
On 15 May 2020

The Supreme Court had, on January 20, said that though, as per the Juvenile Justice Act, a plea regarding the age of the accused can be raised at any stage of the case, it cannot be raised repeatedly after it was rejected once.

In this case, it was being done just to stall the hanging on the convict and even the lawyer was fined for the delaying tactics.

The Bill defines ‘heinous offenses’ as those “for which the minimum punishment under the Indian Penal Code (IPC) or any other law for the time being in force is imprisonment for seven years or more e.g. Rape like in this case.

Hope this solves your  query.


Likes: 1
Points: 49
Okay, it's accepted that in trial court matter wasn't raised or in h.c. But, finally, when the matter was raised, why that was not considered once ?

It means, whether he's juvenile or adult he'll be treated adult because a mere procedure to claim Juvenility in trial or h.c wasn't followed ?
Reply
On 15 May 2020

I would like to shed light on some of the remarks made by the Police and the Judges.

Solicitor General Tushar Mehta, appearing for the Delhi Police, had said Pawan's claim of juvenility was considered at each and every judicial forum and it will be a travesty of justice if the convict is allowed to raise the claim of juvenility repeatedly and at this point of time.

In the court, Justice Bhushan pointed out the school-leaving certificate was obtained in February 2017, long after Pawan was convicted. Bhushan also reminded Pawan's lawyer that questions about his age had been raised and decided in previous hearings related to the case including the review petition filed in July 2018. Justice Banumathi told Pawan's lawyer the claim he was a juvenile was raised "before the trial court, HC and this court" and said it has been rejected.

I agree, court can definitely shame the lawyer for the failure of procedure.

But, it his certificate was true, don't you think court should have given him a chance ?
Reply