Is judgement in a criminal case, a public document 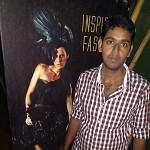 i have applied for judjements in some sessions cases and that was rejectd u/s 7(9) of RTI Act. Is judgement in a criminal case a public document?. I am planning to file an appeal against the order. If anyone have any materials supporting RTI Act Sec. 7(9), please help

Instead of invoking RTI Act, you can apply for certified copies of the judgement you seek to obtain. Go to your respective Court registry and follow procedure for obtaining a judgement

i m from another state. Hence, it is difficult for me to go and file an application for certified copies

The  usual course would be to apply for certified copies of the decisions under the High Court Rules governing the said Court (as stated by Advocate KayBee).

However, an applicant can be provided such information (decisions, in your case) under RTI Act as well. There may appear to be a slight discrepancy in the decisions of the Central Information Commission on this point but I'll come to that later.

Clarity in information sought (specific request):
In your case, the PIO seems to have relied on disproportionate diversion of resources under Section 7(9) of the RTIA as the ground for rejection. That, the PIO ought not to have done UNLESS your application/request for information was vague and non-specific. I'll give you an example. Suppose if you ask PIO to provide certified copies of all the decisions/judgments on cheating or criminal breach of trust between 2010 and 2017, the PIO can indeed say that it is disproportionate diversion, since it invloves collation of infomation which may be beyond the resources of a PIO's office; the PIO is after all not an information seeker's law researcher. If, however you clearly seek certified copy a case with case number, case title (parties' names) and name of the Court, the PIO should give the information/certified copies, subject to the next possibility that may arise. Make a precise and clear application, identifying the case (if you had not done so).

Make an Application to the correct Court; High Courts have sufficient information on the PIO, payment of RTI fee etc. on their websites though not all District Courts may have this information readily on the website.

Relevant paras
Para 11
Judgment order of a court in criminal prosecution is a public document. As  every person will be affected by law he has a right to know. Also because every  person is presumed to have known the law, which include judgments, every person  should have right to inspect the judgments. Dealing with this question, Allahabad  High Court Judge Young said in 1931 (Ladli Prasad Zutshi v. Emperor AIR 1931 All  364).

The words, "any person affected by a judgment or order" in section 548 of the  Criminal   Procedure   Code   should   not   be   construed   narrowly;   they   cannot   be  confined to a person who is a party to the judgment or order, for the rights of the  accused to a copy of the judgment are dealt with elsewhere in the Code. The  public as a whole cannot fail to be affected by every judgment of a criminal court.  For example, as in the present case, the judgment in a criminal case dealing with  sedition affects the general public. It is a rule of law that every member of the  public is presumed to know the law; it follows that the public must have a right of  access to the judgments of the courts which express that law.

In R. S. Misra v. Supreme Court Of India, Appeal No. CIC/SM/A/2011/000237/SG decision dated 11.05.2011, the information seeker was directed to approach the copying beanch of the Supreme Court to seek information pertaining to judicial record, instead of the RTI. The CIC however held that such information can be provided both under the relevant Court Rules and also the RTI Act (there were some technicalities too, but I won't bother you with the interperatation dilemmas; the decision is available online should you choose to read it).

~~~~~~~~~
Now a bit about the discrepancy like I said initially. In R. Sekar v. High Court Of Madras, Appeal No. CIC/PA/A/2009/000013 decided on 9.08.2010, the CIC had rejected an Appeal under RTI whereby the information seeker was denied certified copies of judgments orders and was directed to apply under the Madras High Court Rules (basically meaning, get lost and apply to the registry). The CIC agreed with the PIO and dismissed the Appeal. R. S. Misra however being a later decision should hold good.

thnx for an elaborate reply sir

you can make application for getting certified copy of judgement .