Is Jain a minority? 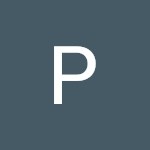 i belong to tiny minority Jain community in Karnataka (Declared as minority In Karnataka) and my neighbour is A MATTH SWAMI belonging to Majority community and he is trying to gobble my property.

The Mathadhikari applied for survey and using his influence got a manipulated survey map prepared showing my Land as his. Because of his position ALL MP Mla and other Government officers  are in his pocket.

i have appealed against the survey and still it is not finalised.

I have filed a suit for Permanant Injunction and He has filed another suit for possession. both have not progressed to evidence stage and are still prelimanry stage.

even today he threatened me and my family with dire consequences openly in-front of 50 people and forest officer. He uses choicest of Abuses and bad words. None of them have any guts to say anything to him.

I and my family are fed up with this injustice do I have any constitutional remedies by virtue of being a minority ?.

Where shall I go I who shall I complain to ?

What should be my course of action ?