Here is a case that I have been working on for a moot court, I would really appreciate some help in constructing arguments on both sides.

Ranee got married with Manish on 16th January 2000according to Hindu rites and ceremonies in the presenceof relatives. Soon after the marriage there were temperamental differences and clashes between the parties.Ranee did not stay for more than five months in the matrimonial home. She left the matrimonial home when she was three months pregnant and gave birth to son in her parental home. Manish visited her in the hospital at the time of the birth of their son but she refused to let him see the child and did not accept the sweets and presents he took.

After staying apart for six years Manish filed the case in the District Court seeking divorce on the ground of desertion and cruelty under Section 13 of the Hindu Marriage Act, 1955 and irretrievable breakdown of marriage. He pleaded that his marriage was solemnized at an early age without his consent and at the persuasion of parents. In reply to the petition,Ranee stated that Manish’s family members had been abusive to her due to cultural differences between her and them. She was a well-educated girl brought up in a family with modern values; while Manish’s family was very conservative.  She bore with the abuse for five months and things crossed the limit when his family members beat her up and his brother kicked her in the stomach. It was on that day that she left her matrimonial home despite being three months pregnant. It is Manish who is guilty of desertion and cruelty.

The District Court found in favour of Ranee and held that Manish was guilty of desertion and cruelty. It refused to consider the plea of irretrievable breakdown of marriage as no such ground existed in the Hindu Marriage Act. In addition, the District Court said that Manish’s plea could not be entertained as he was the wrong doer.

Manish appealed against the non granting of divorce by the District Court to the High Court. He took the plea that both the parties to the marriage are living separately for the last ten years and there was no use in keeping such marriage intact. He pleaded that divorce be granted on the ground of irretrievable breakdown of marriage. Manish argued that in recent years Courts have exercised their discretion in many cases to dissolve the marriage on the ground ofirretrievable breakdown of marriage. On this ground, it was not necessary for the Court to go into the question of which party was at fault for granting the decree of divorce. Only thing that was needed to be proved before the court wasthat relations between the husband and wife had reached such a breaking point that there was no possibility of reconciliation.

Ranee took the plea that under the Hindu Marriage Act,1955 divorce could not be granted on the ground of irretrievable breakdown of marriage. She also pleaded that divorce would cause hardship to her and her son and it was the principle of natural justice that one should not be allowed to take advantage of one’s own wrong.

The High Court upheld the decision of the District Court and held that the law relating to grant of divorce on the ground of irretrievable breakdown of marriage was not settled.

Manish appealed to the Supreme Court with the permission of the High Court.

The case is listed for arguments before the division bench of the Supreme Court.

I feel like the husband has a more clear cut case, and being a first year student, I thought of not risking it too much and going for that. However, I was keen on taking the wife's side and came up with some arguments which were shot down by seniors of mine.

I would really appreciate any help and support I can get.

Thank you for reading!

If  the court finds that the marriage is irretrievably broken down,  then unless the  opponent not only wishes but also satisfies the court that the  resumption  of cohabitation is desirable and is possible,the court will not   deny the decree of divorce, in the case on hand  the divorce petition is being opposed only on three grounds  firstly that the marriage act does not provide  "irretrievable marriage" as   a ground  of  for divorce , secondly the decree of divorce will cause her (a grave financial) hardship and thirdly that the husband being guilty of bringing about the breakdown of marriage ,should not be allowed to take advantage of his own wrong, it can safely be held that the  first ground to oppose the divorce petition  is being done away on passing The Marriage Laws Amendment Bill 2010, the second ground of grave financial hardship is taken care of  by the said  bill and the third ground  to oppose the decree of divorce losses  importance to a great extent as it is hardly relevant considering the  concept of irretrievable breakdown of marriage

Thank you so much, Sir. This is very very beneficial for me and reaffirms the fact that taking the husband's side will be more constructive for me. I had a small query based on your response. Would it be reasonable for me to assume that she means financial hardship? (You have definitely given me the provisions which mitigate this, but could I also raise the fact that she has never raised any issue on maintenance earlier; and if she means social hardship then they've already been apart for 10 years so a divorce would hardly make a difference?)

The arguments lies on two things basically as per your case stated above:

1. From wife side it is only for opposing the divorce on the basis of IRBM which is so far not included in the HMA 1955 along with her fianacial support from her husband as how to go and conclude for this.

2. From husband side----- he is too adamant to live with her that he went to last option of apex court i.e Bench of SC. Here onother concerned will be of maintenance,as how low he can achieve.

By based on the above case history & HMA divorce rule.

Wife side is more stringent and safer as she is continuosly opposing on the facts of IRBM which is not mentioned in HMA 1955. But at other hand husband can definately approach his saying by including sevral judgements on desertion as well as IRBM where relief been granted to husband indeed.

If number of cases been filed by wife and even husband's family also fired few cases on wife side then in such circumstances even court also see the result of such disputes. As court always consider the soveirgnity and fraternity within the society. It's universal truth that court never grants divorce where exceptional hardship will create to respondent due to divorce but in this particular case in my opinion is continuos break down of marriage where survival of marriage is impossible due to collapse of certain reunion period.From here onwards the petitioner will have only mental agony to live with respondent. Here the natural love of husband and wife could not be realised. In other way to reduce the exceptional hardship the petitioner will plead that he is ready to maintain his wife and child according to his income,whatever court decided but he can't live with her.

The utmost thing is in No HMA 1955 it is mentioned that once the marriage is done then it last for ever until or unless both spouses doesn't die.

Thank you so much, sufferer. However, I do believe that the wife's ground is weak precisely because she never made any reconciliatory efforts and shot down the one effort that the husband did make. She has never accused the husband of any mistreatment, only his family. This shows that her behavior toward the husband ought to have been different. Also, IB not being a ground in HMA can be argued with IB being a ground in the Hindu Marriage (Amendment) Bill, 2010. Right?

If we see IB cases, most of them are decided in the favor of the person who wants it (i think)...and their position is similar to the husband's.

I was thinking that the wife's side has arguments like:

2) Also, I feel like IB not looking into fault renders the entire function of order X (Examination of parties by the court) and XI of the CPC which talks about (discovery and inspection). I feel like it's a piece of judicial innovation (IB) which limits the application of the judicial mind.

does this make any sense?

sorry, i am a newbie.

Yes, I have seen this case and intend to use "Moreover, to establish legal cruelty, it is not necessary that physical violence should be used. Continuous ill-treatment, cessation of marital intercourse, studied neglect, indifference on the part of the husband, and an assertion on the part of the husband that the wife is unchaste are all factors which lead to mental or legal cruelty" to argue the husband's side. The wife has not cohabited with him in a decade and has neglected the institution of marriage she is not fighting to preserve.

is this a fine argument to make?

I have also recommended this amendment while dealing with grounds of divorce in my book "The commentaries on Hindu Marriage Act" published by  Shital Law House  from Ahmedabad in the year 1981.

Hey!!! We r havin the same moot problem ryt with us .... Can u plz just send us ur memorials so that we can see or reffer it in our too...:) 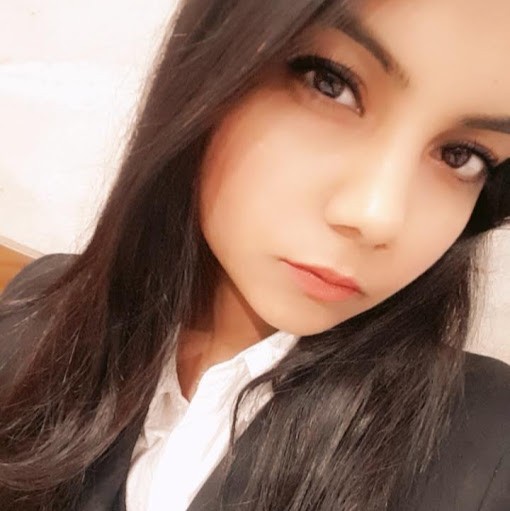 Can somebody please share the wide side arguments as well