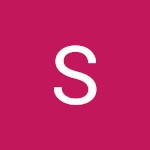 How to get illegal possession back from sibling

A close friend who is Hindu by religion, recently divulged to me his sorry state that his married sister is not allowing him entry to a house inherited from their father who died intestate. This father also inherited it from his father. The sister is now locking up the house and staying at her in-laws. This friend recently returned from abroad and is now locked out. The police are also telling him to go to court, as his sister is claiming that the house was under her possession as this friend of mine was previously abroad.

This house cannot be partitioned according to directions given in my friend's original grandfather's Will. He also does not want to go Trial court as case will take a long time. So what is the procedure in this case to get back due possession in the shortest time preferably from High Court? Section 23 of Hindu Succession Act 1956 should be applicable in this case as my friend's father expired before 2005 Amendment Act. This friend is also presently staying in a rented apatment and needs immediate relief.

Any relevant cases will also be helpful. Thanks.

Still waiting for a reply to this query

There is no shorter way to get the flat back if he approaches court.  Try to involve seniors in the family and assures his sister that her rights would be protected and she will get her 50% share but she should give him the flat to live.   Other way, though not legal, is to take help of some Gundas / bhaiys type persons) elements who would get it vacated within no time