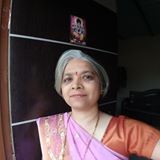 I have got good suggestions time to time. Thank you!

today I have write down one major Issue about my father's property. my father earned this land by his own money.  there is our large 6 rooms house on this land. other land is open till date.

issue is that after my father's death, my mother and we four siblings ( one brother and me, my 2 sisters ) all are legally owner of said property. past 17theen year my brother, his wife, son and my mother living and using the home. I never visited to them last many years.

now my brother got loan proposal against the home through a local patsanstha. he did not informed me or my sisters about this. Patsanstha issued loan to him base of Notary documents which are not even signed by anybody.  recently he called my younger sister to sign the docs. only her signature on the document.

What to do in this situation? Is my brother have any right to take loan without other owner's concern?

I don't want to brock my fathers property.  Pls help.

The loan issuing agency is responsible for its own money. That is not going to affect  your title or property ; the property does not belong to your brother but is joint property and your brother just a co-owner .However   i strongly suggest  you to settle this issue or it will be long enmity between your families.

You are alive and should solve this issue otherwise your children has to fight this thing with bitterness. Just issue a Legal Notice to your brother and copy the same to Loan Issuing agency , disclaim your responsibility  and ask for partition of property with shares specifies to each co-sharer.  MAy be you would go for suit for partition if the property is not settled by mutual understanding.

You being one of the owners has every right to oppose the loan transaction done without your consent. However, your brother has the right to take a loan for his part of the property. You may try to find out the truth from patsantha. If you found any illegal activity or documentation for availing loan you may issue a legal notice to your brother and patsantha.

Section 44 of The Transfer of Property Act says-
Transfer By One Co-Owner- Where one of two or more co-owners of immovable property legally competent in that behalf transfers his share of such property or any interest therein, the transferee acquires, as to such share or interest, so far as is necessary to give effect to the transfer, the transferors right to joint possession or other common or part enjoyment of the property, and to enforce a partition of the same, but subject to the conditions and liabilities affecting, at the date of the transfer, the share or interest so transferred.

Where the transferee of a share of a dwelling house belonging to an undivided family is not a member of the family, nothing in this section shall be deemed to entitle him to joint possession or other common or part enjoyment of the house.

Also, where one co-owner is in exclusive possession of a plot of a joint land and lets it out to a tenant without the consent of other co-sharer landlords, such a tenancy will not bind the latter. The lease in such a case will only be confined to the interest and share of the lessor. In Baldev Singh v. Darshani Devi it was held by the Court that a co-owner who is not in actual physical possession over a parcel of land cannot transfer a valid title of that portion of the property. The remedy available to the transferee would be to get a share out from the property allotted after the partition or to get a decree for joint possession or can claim compensation from the co-owner.

In Rukmini and others v. H.N T. Chettiar it was held by the High Court of Madras that a co-sharer cannot be allowed to cause prejudice to the other co-sharers by putting up a substantial construction during the pendency of a suit for partition filed by the other co-sharers. The High Court of Punjab and Haryana in a case of Hazara Singh v. Faqiria where a co-owner contended that he had, by adverse possession, a peaceful undisturbed possession by the other co-owners had become the sole owner of a land, held that the possession of a co-owner is possession of all the co-owners. It cannot be adverse to them unless there is a denial of their right to knowledge by the person in possession. If a co-sharer is in possession of the entire property, his possession cannot be deemed to be adverse he possesses the property on behalf of all others.

According to this Act, every joint or co-owner has a proprietary right on the entire property. Hence, any sale has to be done with the consent of all co-owners involved. If, however, there are specific conditions in the agreement that gives co-owners exclusive rights to certain parts/portions of the property, a co-owner can sell his portion to whom he chooses.

Your advices are very useful to take further action regarding this matter. I will surely inform about next step, i have taken.