whether litigant can be compelled to take legal aid?

Whether litigant can be compelled to take legal aid? 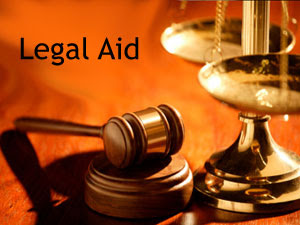 In support of the appeal, learned counsel for the appellant
vehemently argued that record of the case shows that the appellant,
accused, was not in a normal mental state for reasons more than one.

Even the record during trial and thereafter, and various
communications made by him show his abnormal behaviour.
According to him, since the mental unfitness of the appellant was
clearly visible, in that he was not normal, inasmuch as he filed Exhs.7
and 15 before Trial Judge before commencement of trial on his own,
stating that he did not want any legal assistance from the Legal Aid
Committee, Govt., and the Court, and would himself defend his side,
the Trial Court should not have held trial without giving him legal
assistance. The counsel also pointed out that the cross-examination
made by appellant himself as per his own choice is certainly not the
way in which cross-examination is done by a cross-examiner. This has
caused a very serious prejudice to the appellant. He did not get a fair
trial. According to Mr. Bhangde, the appellant should have been sent
by the learned Trial Judge for finding out his mental fitness and then
the Trial Court should have decided whether to allow him to defend
himself or for giving help of an Advocate. The fact remains that he was
never given the help of an Advocate and the trial went ahead till the
culmination of trial ultimately resulting into conviction of the appellant
for the serious offence of rape.
Per contra, learned APP supported the impugned Judgment
and Order, and submitted that under the rules, no compulsion can be
made on the appellant, accused, or the litigant, to accept the legal aid.
In the instant case, according to him, the appellant, accused, himself
filed applications [Exhs. 7 and 15], stoutly refusing the help from Legal
Aid for defending his case. According to Mr. Jawade, learned APP, there
is no procedure for imposing legal aid on somebody who does not want
it, nor there is any such legal obligation. He, therefore, prayed for
rejection of this plea raised by the appellant, accused.
Upon hearing the learned counsel for the rival parties, at the
outset, I am inclined to reject the submission made by learned counsel
for the appellant about the grievance of the accused, appellant, not
being sent for medical examination of his mental health and/or for a
legal aid. It appears from the record that the appellant in his admancy
made applications etc., during the course of trial. But then, he was
not insane or mentally unfit to take a decision regarding offer for legal
aid. At any rate, at the inception, he submitted Exh.7 on his own
volition that he did not want any legal aid or assistance from the Govt.,
and on the contrary, would like to defend himself. He then repeated

the same by way of Exh.15. I am, therefore, of the opinion that the
contention raised by Mr. Bhangde in this connection has no merit.
IN THE HIGH COURT OF JUDICATURE AT BOMBAY
NAGPUR BENCH : NAGPUR
Criminal Appeal No.252 of 2015
Sujit Bhurandas Borkar,

Versus
The State of Maharashtra,