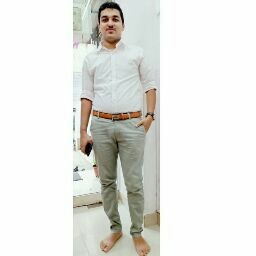 CYCLE TYRE TEAR UP BY SOMEONE

AT YESTERDAY NIGHT' SOME ONE .... MY CYCLE TYRE TEAR UP BOTH THE TYRE WITH BLADE IN MY SOCIETY PARKING ( CYCLE WAS PARKED) THEIR IS NO WATCHMAN AND NO CCTV TO CHECK WHO DOES THIS MISCHIEF ??? MY SOCIETY IS NOT MAINTENANCE ABLE TO GIVE MONEY FOR MAINTENANCE ..... IN MY SOCIETY THEIR IS TWO ENEMY AGAINST ME .....
BUT I'M NOT SURE WHO DID THIS .....
NOW I WANT TO GIVE COMPLAINT TO MY NEAREST POLICE STATION....
SHOULD THEY WILL ENTERTAIN ME .......... TODAY THEY HVE TEAR UP THE TIER TOMORROW THEY CAN DO ANYTHING..... THEY HVE JUST SHOW THE DEMO TO ME THAT WHAT. CAN I DOOO....... ??
SHOULD POLICE WILL LODGE NC .......
I WILL HIGHLY OBLIGED IF ANY ONE CAN GUIDE ME .....
PLS RESPECT SIR MADAM....🙏

As per the incident that took place with you, let me inform you that it's better to report the matter to a local police station that has competent jurisdiction over the matter. Now, you've stated that there are two guys in your society with whom you have enmity, but however you're not sure about whom amongst them is the culprit.

Thus, go to the local police station and report the entire incident to them mentioning the names of both the people you have enmity with, make sure you state that -"you're not sure about who did it!". However, you can mention in your complaint that in case any such thing or incident takes place in which you suffer any loss or damage, then the names of the guys mentioned herein the complaint might be apprehended.

After, a complaint has been made get a copy of the same and keep it with yourself in order to have a record of the same.