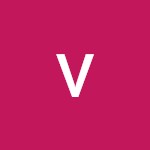 Hello, Can you give me advice after going through my problem mentioned below, advice on how i could proceed ? We are group of 4 people[me, my brother, my brother's friend and another person] and we bought some agricultural land from one person [A] in Feb/Mar'18 and we have one broker in common. We have taken one Acre each, so 4 acres all together. The land got sold in 4 months [June'18] and was bought by new owner 'B', the registration is also complete but the money was taken by my father since Me, my brother and brother's friend planned to invest in another land and my Father was talking with them. My father gave advance to new land owner [C] in July'18 but this transaction didnot go further due to some issues and in the mean time i went abroad on office work and came back in Nov'18. Since the new transaction with person 'C' didnot happen, C started returning back the money, and my brother and his friend have taken back their money and since i was not present, My father took my money from C in Oct'18 and he used it personally and also there was still some pending amount of mine to be received from C. I have planned to take a different property on my own and was waiting for the money from my father and pending amount from C. In the mean time, i have given some advance to new owner 'D' in Nov/Dec'19 for a property but since i couldnt receive the money from my Father and Owner C and its already Apr/May'19 and i couldnt buy the property from D and the deal was cancelled. In the mean time, I started looking for another property and i was waiting for my money from both my Father and owner C, and things got heated up between me and owner C and also me and my father. I was communicating with owner C over watzapp but i haent received the money till Aug/Sep'19. In the mean time, during records verification in MRO office, it was observed that my Signature and finger prints given to owner B have not been recorded properly in Computer database and owner B was calling back my Father for my signature and finger prints. My Father was behind me for the Signatures and Finger prints and i told him i will complete it when i receive my complete money, things got heated very badly as i was also paying Interest on the money i have taken from Bank. My Father started giving back the money to me when owner B was complaining and i am still supposed to receive my money from my Father and Owner B have given a Police complaint on me. Will i stand a chance to win, if i file a Complaint against owner B as i have not taken the money from him and also i have audio proofs with broker telling it was my Father who took the money and gave it to Owner C and also i have Watzapp chats with owner C asking him for money etc... Please give your valuable inputs. Thanks in Advance. Regards, Venkat K.

The essence of the query:  i am still supposed to receive my money from my Father and Owner B has given a Police complaint on me. Will i stand a chance to win, if i file a Complaint against owner B as i have not taken the money from him

Advice: There are many issues involved known to you, suppressed by you and many cases.   Please contact local advocates to bring you or your father.  Be assured that your father will return the entire money to you received from a third party and requests the third party to withdraw his complaint against you, because he is the father.

Why don't you post simple but essential facts instead of this long winding story with many a misconceived facts?

Sorry, i gave too much information, Let me cut down the story short.

My land was sold in May/June'18 to third party and My Father received my money from the third party after land registration.
My father didnot repay the entire amount received from the third party and during recent database verification in MRO office, it was noticed that my signature, thumb impressions and Aadhar copy was not registered properly, so third party is after me to refurnish my details again.
I told them the situation and they waited for some time but since the issue is not resolved, they have filed a complaint against me. I have phone conversation with the broker saying it was my Father who took the money from them.
Will i stand any chance to win, if i file a complaint against them since it was not me who took the money ?

Facts posted in the query are complex hence need professional consideration and advise.

The facts posted are curious than complex. How come the registration is done in MRO (i.e. Tahsildar Office) than with the SRO?

Why you are over dependent on the broker than your own father?

How could it be that conveyance deed could be registered by some one else than then the vendor himself?

What is the complaint that has been filed - with whom?