Cheque with signature but undated. 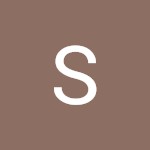 Points: 28
My friend went to America in 2015 and before that he gave me a cheque with sign but undated. He took some money from me before going to USA that is why he gave me cheque. He is not giving my money. What shud i do? Shud i go to the court? Wat will b the proceedings? If I go to the court shud he appear in India before court or what? Kindly guide me?
Reply 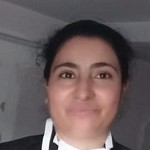 By issuing a signed blank cheque, your friend gave you the authority to fill up the agreed sum.That undated cheque can be completed by you, but the completion is fully effective only if it is done within a reasonable time.Please take note that usually the Bankers invalidate their issued chequebooks after expiry of few years and whether your friend after going to America is maintaining that bank account or not is also a matter of fact.

Points: 28
Thank you for your reply..yes I checked account is working. Moreover he went usa illegally and he can't return india without proper documents as he is fighting for getting valid documents to travel in india .. what shud i do?
Reply
On 07 June 2020

dear just fill in the date and submit the cheque for paymnets in bank, if its dishonoured get the memo.

But if you file the case under 138 NIA read with 142 NIA , the question is how acn you serve the notice./ warrants.

Anyway you fulfil the legal requiremnt and file the above criminal complaint.

Besides file a suit for recovery of money and make his brothers and father whosoever availble in India as party, need to mention thay collectively took money . Just in this way you may get some benifits

Points: 28
My friend left india in 2017 mistakenly I have written 2015. And given cheques. Secondary I have proof of transactions which I have made into his bank account. How to talk to a lawyer on this forum online on call what r the charges.
Reply
On 21 June 2020

Money given to friends and relatives is always a charity in the garb of loan which is given in expectation of refund but always taken with intention of non-refund.

Such loan is taken by a person:-

(i)    Who lacks business sense and cannot raise funds out of his own business and suddenly wants to be rich.

Either
he himself is not creditworthy

Or
the purpose for which he seeks loan is illegal

or
the purpose for which he seeks loan is not at all commercially viable.

(iii)     Who knows he can afford not to refund.
(iv)    Who trusts his thick skin
(v)    Who intends not to refund
(vi)    Who has made fortification against action of refund.

So he has to find someone who can part with his money. So he finds a lender near him (friend or relative)

Such loans are given by the persons :-

(i)    Who has surplus money.
(ii)    Who displays and boasts of such surplus money.
(iii)    Who stupidly believe that there will be a refund.
(iv)    Fails to realise as to why he alone (not bank) is being contacted for loan.
(v)    Who has extreme trust on the debtor
(vi)    who are either stupid or extremely greedy of the unusual (or illegal) rate of interest.


Such loans are always given

Soon after giving such loan :-