A Cheque issued as a consideration for a proposal. The said cheque is dishonored. Whether section 138 of NI Act is attracted.

For ready reference I am reproducing s.8 of Contracts Act, 1872

Read Section 138 the language is unambiguous that cheque issued or presented to discharge a liability or debt:-

The Supreme Court has ruled that criminal proceedings for issuing a cheque without sufficient balance in the account would be valid only if it is drawn for discharging a debt or liability. If it is issued to satisfy the terms of a compromise or settlement, Section 138 of the Negotiable Instruments Act could not be used to proceed against the drawer of the cheque.

The court stated so in the case, Lalit Kumar vs State of Uttar Pradesh. Earlier, two cheques were issued by the directors of a company and they were prosecuted. Meanwhile, there was a settlement under which Rs 5 lakh was to be paid to the creditor. However, this cheque also bounced, leading to another prosecution.

The Allahabad High Court rejected their plea to quash the proceedings. But on appeal, the Supreme Court stated that the latter cheque was issued in terms of a compromise agreement and not to satisfy any debt or payment due. Therefore, the second instance would not invite prosecution under Section 138. The high court judgment was set aside.

I don't agree with the above opinion.  If a cheque has been issued for any liability (In your case as a considertation of a proposal) and if it is dishonoured then it attracts the provisions of section 138 NI Act.

It is not as a security but against consideration of proposal, if he did not fullfill proposal only then you can take plea of security. Else it attracts 138

U mention that cheque was issued against a proposal ....... if the said proposal stands satisfied ...... then only the legal liability of paying for the same gets justified.

Anilji pls. mention transaction/what was the proposal/facts of the case so as to have a clearer picture as to why the cheque was issued .... this looks as if we are going only theoritical without any practical reasonings ....

In Appeal  the Appellate court took the view that the complainant by  depositing the cheque has accepted the counter proposal of cancellation and therefore contractual liability has come into exitence and therefore accused is liable u/s 138. This view was held by the Appellate court despite overwhelming evidence  by the  Complainant that  he has not accepted the porposal of cancellation.

Therefore my contention in either case the accused cannot be fastened with a liability u/s 138.

As I understand from your facts of the case is that the Complainant has entered in to an agreement with the accused for rendering certain services with an advance payment of 90% of the Contracted value.Now that the Complainant has found the services of the Accused not to his satisfaction he might have blacklisted the accused instead of claiming liquidated damages from the accused. The accused has intelligently sidetracked the whole of the contract and counter offered for disposing off the original contract. This how it happens in the business parlance.Here the original contract is alive on the dishonour of the cheque offered by the accused.In tendering processes if the Tender is submitted with a cheque as EMd and up on dishonou,the tender submitted is disqualified.Similar is the case.Therefore the accused is not liable u/s 138.   Regards,                  amanoranjan@rediffmail.com.

You are right.  I also hold the same view as yours.  However Sessions Judge has rejected the said view. The matter is in High Court now.

INTERESTING  WAIT FOR FINAL ORDER  OF HIGH COURT I THINK IT WILL BEST RULLING IN N.I.ACT 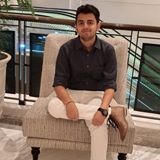 Was looking for this. Thank you ma'am for such an excellent answer!