Can i circle inspector give me call and abuse me

I have questioned one person(lady ) by putting whatsapp message(message not contained any deregotary or unparlimentary words) to her unprofessional behaviour to my sister-in-law case while representing in the court and also pressurising her to compromise. I appointed one lawyer. on behalf of appointed lawyer she represent him as junior lawyer in my sister-in-law case. Before sending that message I have told her and advised her not right do so. After doing also she behaved in the worst manner and posted above message in the whatsapp to believe (writing words makes person aware more about it ). I used to discuss with the case progress regularly by calling her

Her(Jr lawyer) husaband called me and fight is over in the phone. After that he went to police station where he is having some understanding with Circle inspector. He called me and try to use unprofessional tacticts. I reverted him asking to go through whatsapp message and do investigation properly. He asked me to come to police station at 10 am. I didn;t went there next day.

Unfortunately said circle inspector behaved in a rude manner. he is not allowing me to speak. I took my two sister-in-laws along with me and finally said lawyer asked me to give me written apology leter. We said no, asked investigation by going through all call-records etc. Moment we asked it Circle inspector left the police station.

I have below questions

Please help me out. I am having feeling of not handled the situation very well. I let go that particular inspector and that particular said lawyer asked me again to  make call to his wife apologised it. i said will do conditiional one - did it 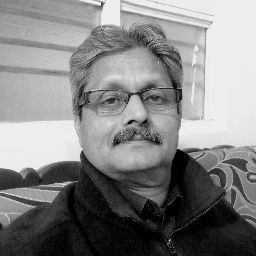 The Circle Inspector cannot speak to you like they normally speak to petty thieves, rowdies, etc. He cannot ask you to come to the station on a verbal compliant given by someone. He did all this only because of his strong friendship.
For all the bad things that happened to you, it would be difficult for you to lodge a compliant against him because the police who take your compliant will not effectively help you as all of them are from the same dept.
1 Like

1. Any police officer as investigator of a particular complaint can call any person against whom such complaint has been made to take part in the investigation and for this purpose he can call through phone but he should not use unparliamentary language.

3. Yes. Immediately make a written complaint to Senior Superintendant of Police of that District wherein such incident happenned but also wherein he is presently working.

Here what you have to see is whther whatsapp messages between two individuals so also cell conversions  tantamounts to defamation or criminal intimidation, to lodge a complaint.  Since he is police officer we cannot do any things, since your complaint if any goes to the poilice only.  Inform the same in the court in that prticular case.  The court may take some action. Recently the S.C has held in a decision as follows.

SECTIONS 294, 500, 506 AND 507: Public Place_ Whatsapp messagte3 between two individucals is not public message- If it is through a groupWhatsapp) then it is defamatory.Bombay HC, Aurangabad Bench). Criminal Writ petitioner No 557/2018 dt 11-03-2020 Nivruthi Vs State of Maharashtra.

Hence leave the matter as this stage, and look forward for a quick disposal of case mentioned by u.

No case is filed/even complaint is not filed. Police officer seems to be tried to exort money by creating fear in me. So we asked him conduct the inquiry - moment we asked he left the police station. That police officer guy transferred few days back before that event. Good info shared. Thanks for it