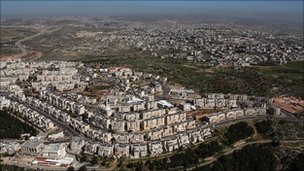 Time has Run-out for Fascist Israel in Mideast (Part -111)


Even in modern times, colonialist regimes like Israel, India and USA-UK terror twins, shabbily display peculiar brand of fanaticism through silly media to prolong their illegal occupation and massacres.

Israel is a military terrocracy, illegally formatted by the USA and UK and imposed on Mideast to create problems if possible on a permanent basis in the region. Israel covers up  its domestic failures by targeting Palestinians. While rich classes are being pampered and promoted, fascist Israel’s 1.7 million of Israel’s 7.8 million illegal setter Jews living in poverty and 837,000 children going hungry every night. Prevalent starvation and unemployment but the regime is bent upon attacking the neighbors to boost the self-image of Zionism. The regime fails to recognize that there is enormous anger as there have been massive cuts in what little remains of public services and the wages have fallen in real terms for more than a decade.  Netanyahu has just ignored the demonstrations in Israel’s cities, especially in Tel Aviv which was attended by Livni and Labour leader Shelly Lacimovich. Israeli leaders think an attack on Palestinians and threatening Iran or others in the region would keep the foolish people at a distance and the regime in good stead for many more decades.

For years now, Zionist leaders, shielded by  the notorious UNSC terrorist organization, have flatly refused global call and even to  the dictatorial USA for halting the proliferation of settlement constructions for illegal colonies in the Occupied West Bank and East Jerusalem that are illegal under international law and otherwise.

Encouraged by support form UNSC, USA-UK terror twins, Israeli regime after regime demonstrates empty gesture – and not any sincere aptitude while in talks with Palestinians as well as USA and Quartet, they use military links with Pentagon to offset any setback to Zionist-Mossad terror expansion agenda in Palestine.

The result is obvious terrorization of innocent Palestinians, besieged by Israel and its Mideast allies like Egypt.

Like US war-mongers do for poll purposes,  Israeli rung elites also employ the political massacres  to win polls. In December 2008 and January 2009, on the eve of Israeli poll, the Gaza Strip was pounded by an Israeli military offensive which lasted for 22 days. Many localities in the Gaza Strip were under Israeli attack. About 1,300 Palestinians - hundreds of them children and many women and old people - died in the violence.

The three-week terror offensive was launched by Israel as a routine matter to showcase its military might to  the besieged Palestinians and  the humanity at large. Ruthlessness and inhuman operations by the  fascist military Israeli military Witnesses said Israeli troops had told the Samouni clan to stay in a house, out of their way, and later shelled it.  Earlier, the military advocate general of Israel obviously "found" the claims of war crimes "groundless". Israeli rights group B'Tselem said it was "unacceptable" no-one was found responsible for an action that led to the killing of "uninvolved civilians".

On 4 January 2009, infantry soldiers from the Israeli army's Givati Brigade ordered about 100 members of the Samouni clan to gather inside one of their houses in the al-Zaytoundistrict of Gaza City. The next morning, when a few members of the family tried to leave the house, the military fired a missile or shell at them, killing one person and wounding two others, according to B'Tselem. A few seconds later, the military fired two more shells or missiles which hit the house directly, causing it to collapse on its occupants, the group said. Twenty further people died, including nine children and many women. According to testimony given by soldiers, the Givati Brigade's commander called in missile strikes on the house after concluding from aerial photographs that armed combatants were inside. Despite repeated requests by the Red Cross and other humanitarian and human rights groups, the Zionist criminal army prevented the removal of the injured people from the house for two days. After the wounded persons were finally evacuated on 7 January, troops demolished the house with the dead bodies inside. The bodies were only recovered from under the debris after the army withdrew from Gaza about two weeks later.

B'Tselem subsequently filed a complaint with the Israeli authorities about the incident, but recently  it received a letter from the military advocate general's office saying its investigation had been closed. As it is only expected  of a fascist criminal regimes engaged in  terror operations targeting innocent humans, the Israeli military has conveniently closed an "investigation" into the killing of 21 members of a Palestinian family as part of Zionist conspiracy to massacre Palestinians to help the then ruling Kadima party during its offensive on Gaza in 2009 under Olmert to retain power in the poll, but however, extremist Likud Party  took the advantage of the move to come to power.

Israeli terror PM Netanyahu is laying the political foundations for war in Mideast and pushes without success the Pentagon to attack Iran. For this, Netanyahu has now brought the opposition Kadima party into his coalition as the extreme right wing ruling dispensation is eager to further terrorize the Palestinians and also apparently prepares the political ground for a possible military assault on Iran though many Israeli leaders have warned against Israeli action against Iran’s nuclear facilities. This gives Likud party leader Netanyahu 94 seats manipulate in the 120 member Knesset, an unprecedented majority.

Despite winning the most seats (28) in the 2009 elections,  the then ruling Kadima led by Tzipi Livni, who succeeded former Prime Minister Ehud Olmert after he was forced to resign over corruption allegations, was unable to form a government. Six weeks ago, Livni lost the Kadima leadership contest to Mofaz. Livni’s ouster has paved the way for Mofaz and Kadima to return to the Likud fold.  As far as Netanyahu is concerned Mofaz is a perfect malleable figure. He is a former chief of staff who served under both Netanyahu and Barak. Mofaz  supports the ultra-nationalists and illegal settler movement and was only days ago trading insults with Netanyahu—calling him a liar and attacking him for whipping up hysteria over Iran. Mofaz had pledged repeatedly never to join the coalition, saying that it represented “all that is wrong with Israel”.

The PLO and Palestinian Authority President and Fatah leader Mahmoud Abbas has been collaborating with the enemy of Palestine against the genuine interests of Palestine like USA, Quartet and Israel, perhaps hoping to get back sovereignty from a fascist regime.  By playing into the dirty bloodstained hands of Israeli-American gangs, Abbas is also responsible for breaking up Palestinians into two  mutually antagonistic factions.

The West Bank and Gaza divisions along political lines are convenient to Israeli designs to promote colonization and massacres. The Palestinians broke off direct peace talks after Israel launched a military offensive on Gaza in late 2008. In May 2010  due to shuttle diplomacy of Obama's Middle East envoy, George Mitchell, leaders of the Palestine Liberation Organization gave their backing to indirect peace talks with Israel. After a PLO Executive Committee meeting Abbas said that the decision to restart the negotiations was based on guarantees and assurances he received regarding the settlement activities and the necessity to halt them and that the US will take a decisive position toward any provocations that influence the path of negotiations.

Knowing from past bitter experiences, the Palestinian ruling Islamist group, Hamas, which now controls only the Gaza Strip, had urged the PLO to reject the proximity talks. "We warn the executive of PLO not to take any decision to resume talks with the enemy and to give cover to the Israeli occupation to commit more crimes against our people," a statement said.  As a tactic, Israel welcomed the Palestinian endorsement of indirect talks purely for formality sake  while actually they do not intent to have any peace talks  or vacate the Palestine lands unless they are forced by UNSC-NATO terror organizations.

The Israelis are not sincere about talks. Israel systematically blocks all peace talks by intermittent colony proliferation operations in Palestine and the Israeli regime uses these illegal settlements as a bargain chip in talks. The start of indirect negotiations even in March 2010 was halted after Israeli municipal authorities approved plans for the construction of new homes in a settlement in East Jerusalem, which Palestinians want as the capital of a future state.

Over the freeze of illegal colonies in Palestine, B. Netanyahu is at odds with President B. Obama who, unlike his rhetoric, is anxious to delay any terror action over Iran until after the presidential elections in November. USA is not at all keen to attack Iran for its energy resources.  The Netanyahu government that includes Mofaz, a military man who has opposed a unilateral strike against Iran, is less likely to attack Iran. Israelis are opposed to an independent strike on Iran without support and enforcements from Pentagon or NATO terror gang. Mofaz will now be used to help sell whatever decision the government makes.

The building of illegal Jewish settlements on occupied land has been the key issue in the talks these days.

Israel is eager to keep talking and talking endlessly while killing  the Palestinians for their land. The expectations as such have been at "zero" and for now no real solutions favoring Palestinians. The fact that after nearly 20 years of on-off negotiations, all that was now being offered was indirect talks through the US special envoy was "a badge of how far the Americans have mismanaged the situation". The Palestinians, for their part, believe that this right-wing Israeli government is far from committed to the idea of a Palestinian state, and simply wants negotiations which meander on pointlessly for years.

Turkey's firm step in containing the Zionist crimes and  colonization operations will a long way in arresting the  Israeli criminals and making Mideast crime free.