Sirs, can i get a good format for 11 months rental agreement which covers most of the points when letting it out to a tenant. What should be the stamp paper value?

Also, pls let me know how to renew the rental agreement after 11 months. Do we need to again make a new agreement in the same format or is there any automatic renewal? 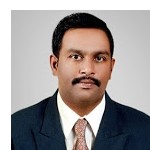 Trusting it would suffice your requirement.

I have got the 11 mts rental agreement. It is too good for the land owners.

can you pls post it here or can you mail me at  unitech999@gmail.com

" FOR WHATSOEVER REASONS, IF PROPERTY IS NOT VACATED AFTER LEASE PERIOD OR TERMINATION WHICEVER ID EARLIER, THE RENT OF THE SAID PREMISED WILL BE TWICE THE AGREED RENT AND WILL DOUBLE EVERY 6 MONTHS"

This clause would be of  not much use as this clause give Lessor a further right of lease  to continue with the schedule premises i.e,  what we called it as "tenancy by holding over" - since your are imposing penalty  and thus collecting  the rent, for not vacating the premises after the eflux of time or termination.

Therefore in light of my submission, better not to incorporate such clauses as such it  gives the right to lessor once the amount(rent) is paid in any form for further renewal of lease.

Can a !! month rent/ lease agreemenr be registered ?

Yes, a 11 month rent/lease agreement can be registered, infact in maharashtra it is compulsory/mandatory to register such types of agreement which are called as a leave and license agreement.

Dear Sateesh and others,

Suppose a flat is owned on power of attorney terms and the owner wants to let it on 11 months rent what changes whould be made in the lease agreement format sent by you. can I mention the owner as a lessor and in recital clause is it nenecaary to mention the fact that the flat  on POA or it is not required. Is there any legal implications otherwise.

Needs clarity on "who is the owner" or "would u mean by virute of POA, the attorney holder are being termed as owner".

Pls. be very clear about  facts & related query, so as to enable us to give proper guidance / answer.

I will clarify it with the help of following specific example.

(X will enjoy all the benefits as an  owner in respect of the flat by vitue of having physical possession of the flat but in DDA records, the original allottee will continue to be the owner until X pays all the dues to DDA and gets it freehold. This is a common feature in Delhi)

So legally x can not not be described as a lessor in case he wants to let the said flat on rent by entering 11 months lease.

What  nomanclature should be mentioned in preambe and recital clause in the proposed lease agreement ,which in the normal course  reads as under :

1. This lease agreement is entered  between X hereinafter referred as "Lessor"

and whereas the lessor  has  has agreed to let the said flat on l;ease top the lessee on mutually agreed terms and conditions as hereafter contained"

Hope the query is clear now.

In this case the POA holder is deemed owner of the property and can put it on lease. but for that a special clause has to be there in the POA that the holder can let out the property on lease/ rent without the permission of the original owner.

terms of POA shall be very crucial as regards whether entitled for lease or not. added to this, POA registered or not.

If all these details are not there in the agreement,then deemed lessor shall not have locus standi,if  any legal issue arises.

Only the question arises how deemed lessor is going to establish his title on the property.

POA specificallly empowers  X  to lease the flat. In fact the flat is already givwn on rent, this is just to legalise it through lease agreement so that the tenant does n't create any hessels if continued w/o written lease agreement. That's why this issue has come up as to how the lease agreement is drawn up.