The Bommai case included a term 'quasi-federal'. Can anyone clear it in simple terms that what are the reasons for describing the Constitution of India as quasi- federal? 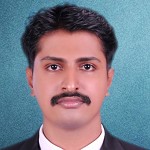 They aren't reasons. It's how the Sovereign is made. there are lists 1,2 and 3 about sharing power between state , a mix of both British and American

That Nine Constitution Bench Judgment of Supreme Court of S.R.Bommai & Ors  Vs Union of India and Ors: is based on  failure of Constitutional Machinery in States and Dissolution of State Assembly and report of the Governor, which is a "preconditions of Federalism". It prohibit admixture of "Polotics with Religion". The rest is responded by the above expert.

Greetings of the day!

This is in response to your query posted above.

First of all, to understand about the Quasi federal system, we need to first define what is Federalism. In simple words, it is the division of powers between the Central Government and State Governments. This system of governance has its own merits and demerits. Recognizing diversities, absence of dominating or absolute power, ensuring collective functioning, efficient and effective sharing and distribution of resources, increased State responsibility, reducing Centre's burden, etc. are its advantages. Whereas, conflict, inequality, increased interference of the Judiciary, etc. are some of the disadvantages. Having analysed both the sides of the system, we can conclude that the merits outweigh the demerits. Therefore, most of the countries adopt this structure.

India witnessed the emergence of federalism through the Government of India Act, 1935 and until then we had a unitary form of government. As the word suggests, unitary system is where the Central Government has complete authority over the states.

Since India was divided into different provinces even before our independence, it was necessary to design a federal structure. However, with these divisions, there also existed differences and inequality that helped one province to develop while hampering the development of other province. So, the makers of the Constitution felt it necessary to have Centre's intervention. This is how we became a Quasi Federal Country. This means that we recognise the division of powers and state automony along with a strong Centre.

To understand it more precisely, let's take the example of the USA. In the US, federalism is exercised in its absolute sense. For example, the nation recognizes two citizenship, one for the country, and second for respective States. However, in India, we have a Single Citizenship, that is, Indian. There is no separate citizenship for States.

By accepting Quasi federalism, the Constitution embodies both federal as well as unitary features.

2) Different Legislative Bodies, ie, Parliament for the Union, and Legislative Assembly for State.

3) The Executive head of the Union is President, whereas for States, it is the Governor.

4) Schedule 7 of the Constitution: It has a Union list (for the Union), State list (for States) and Concurrent list (for both). This ensures division of powers. Similarly, the financial powers are also divided.

2) One Constitution for the Union and States

3) Article 1 of the Constitution says that India is a Union of States.

4) If there is a conflict with respect to any subject in the concurrent list, the Union law will prevail.

5) Residuary powers are with the Centre.

6) State Governors are appointed by the President.

7) Parliament can alter the boundary, area or name of States with or without consent. (Article 3)

8) The Centre can proclaim Emergency in whole or part of the Country. (Article 352 to 360)

9) States are not allowed to withdraw (separate) from the Union, etc.

These features are the reasons why India is called a Quasi Federal Country. It was not in the SR Bommai Case that the term was first used, but, it was K. C. Wheare who had coined the name to India's federal system.

However, the Judgement in the SR Bommai Case gave a far reaching effect on the Quasi Federal design recognized by us. So, as we have seen above, one of the Central features was the Emergency proclamation, which can be exercised by the Central Government by virtue of Article 352 to 360. Under that, Article 356 deals with State Emergency. This happens when a State's Legislative Assembly is suspended due to some internal deficiencies, and the President's rule is imposed. Though the intention was to protect the States from constitutional failure, yet it has some unwanted consequences too. Some States see this as a threat to their autonomy as there is no precise reason for the Centre to exercise this power. Basically, it is on the Centre's discretion. So, there is a possibility that for the Centre to misuse its this power. In the SR Bommai Case, the Supreme Court ruled that the power of the Central Government under Article 356 is subject to Judicial review, as the same is subject to the provisions of the Constitution.

By this Judgement, the Supreme Court strengthened the existing federal system in the Country. Though we have a federal system that is more tilted towards the Centre, yet we must respect the partial federal characteristics recognized in our Constitution. Just like how we cannot ignore the Centre's influence, in the same way, we are not allowed to also ignore the autonomy given to the States. This is the Quasi Federal nature of our Country.