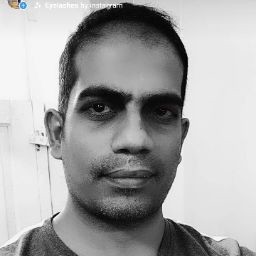 Respected Sir/madam, Greetings!
I wish to seek your esteemed opinion on filing a defamation suit on the Reporting officer. The officer intentionally has written bad remarks in the subordinates work report. It is mentioned as doubtful Integrity. But the dept has failed to conduct enquiry due to non availability of substantial evidence. It's been 5 years and a promotion also has been granted to the subordinate employee. Is there any option for the subordinate to file a defamation suit on the reporting officer? Is there any time bar within which it has to be done? what could be the possible quantum of verdict if it is done so. Sir/madam, please guide for the needful for which I'd be thankful to this forum ever..

Under Indian laws, defamation is of two types, civil and criminal. In civil law, defamation falls under torts and the remedy for it is to claim damages for the harm caused due to such defamation. Whereas in criminal law, Section 499 of IPC deals with the offence of defamation. It is a non-cognizable, bailable offense. To file a civil case in defamation, it has to be fulfilled that the statement has lowered the position of the person in front of members of the society and he has suffered some damage due to such statement. The case has to be filed by the defamed person and no one else can do so on his behalf and it should be published in such a manner that it came to be known to other people and not just the plaintiff.

In the case of criminal defamation, it has to be proved that the statement was made intentionally and with the knowledge that it will affect the reputation of the other in the eyes of his society.

The defamation should have caused some kind of damage or loss to the complainant to have a case and if the statements made were true or as fair comment, then it will not be constituted as defamation.

Thank you madam, for your valuable response. The aforesaid remarks were made in the year 2016. Can it be challenged now. Is there any time bound for filing criminal defamation???