Self /bearer cheque mandatory tobe signed on back by payee

If a self cheque above 10 lacs amount where Bearer is not crossed  duly signed by the payee on its face / front side [its also can be considered as bearer cheque], but on the back of it  payee has not signed. payee had visited the bank along with his man for receiving payment but from counter his man collected the payment and signed on the back of the cheque while collecting payment.  But sign of payee is only on the front not back side of cheque. Is this ok or a process lapse.

Though the teller mentioned on back "confirmation taken from payee". Also customer has additionaly provided a letter mentioning application of fund annexure A for withdrawing large amount as mandated by RBI for large transactions duly signed by himself.

If the teller/ manager have confirmed and are satisfied then there is no problem. As per your post, it appeares that the teller are satified enough of the genuinity of the cheque and you as the real account holder. So no problem.

It is not mandatory to sign on the back of the bearer cheque but it is a usual practice.  But if the teller is satisfied about the authencityof the payer, than it is okay.

I think the author is mixed up between payee and drawer. He means drawer where he writes payee.

As mentioned by Mr. Siddhartha Sinha the author does not know the meaning of the word 'payee'. Payee means the person in whose favour the cheque was drawn. The person who draws the cheque on his own account is called drawer of the cheque and not payee of the cheque. It is not clear in whose favour the cheque was drawn. A cheque intended to draw the amount in cash by going to the bank can either be drawn Pay self or Pay X. Banks generally print the words or bearer so that by default it becomes a bearer cheque. In the case a bearer cheque bank need not bother about the identity of the person who goes to the counter to collect cash and the bank will not be held legally responsible for paying to the wrong person.

I remember an incident that happened long ago. When I was a teenager my father wanted me to send a money order of Rs.50/- to his sister. I went to the Post Office, got a money order form, filled it up and gave across the counter the filled up form and cash along with the commission. I returned home with the money order receipt. Next day there was a knock at our door. My mother opened the door. The postman was standing there. He said "Madam you have money order for Rs.50/-. While filling up the form I had done the same thing as the author of this post.

My wife writes a cheque on me.  I am the payee and she is the writer of teh cheque.

Now from above discussion it is not clear whether she needs to sign on the back of the cheque?  One of the bank insisted that she had to sign on the back of the cheque as well in addition to front.  I refused on the ground (i) that I have to go back again to my home to get her signature (ii) asking them to show me the rule (which they could not) (iii) extended the logic that the drawer (or writer) could have been at a place 400 km away.  By the way, I as a receiver of the amount signed on the back of the cheque (But for what? I still dont know.  Acknowledging the receipt of the amount?).  They insisted that I have to give my mobile number and also write my full name below my signature.

2. On second ocasion, she writes another cheque on me.  I got her signature on the back of the cheque as well. I have written ; Received Payment) Signed.  Given my full name and also the mobile number.  The teller asked me to sign again.. Ha ha ha. I refused.  They had to pay.  I have asked the manager, I shall sign three or four times as may be required under rule but first he had to show me the rules.  He could not.

By the way there is no question of identification of either the payer or the payee as all are known to the bank beeing a village bank just meters away from our home. I received the amount which is below 40 k not a big amount.

Can anyone tell me what are the rules and where could I find them?  These are nothing short of ignorance on my part as well on the part of the Bank employee including the Manager.

I told them to search and show me the rules/guidelines when I shall visit them next.

Furtehr, if a sign on the front does not match the bank can always verify the photo in their data base in case of self cheque.  If there is mismatch (which might happen) they may ask the drawer to sign agai in front or in back untill it matches or refuse payment.  The signature on the back could only be a token of receipt of payment by the person (self cheque or bearer cheque).  In case of bearer cheque Bank has no way to identify if the person drawing as bearer (first or subsequent) is the right person.  Or, is there any rule guidelines?  Like the person has to produce identity card, Pan card etc etc to prove his/her identity as bearer?  I have been so told by the bank!!!  I tried to logic with them that it is the responsibility of the cheque drawer and not that of bank but they wanted to be absolutely sure that money goes to the right man!!  Nonsense.

I have already explained the points above. Once more I shall explain. I believe Mr. Ranajit Dhar is speaking about a cheque, which is not crossed (account transfer only). Generally on cheques in India the word 'or bearer' also would have been printed. If those words are not struck off it is called a bearer cheque. A bearer cheque means that bearer of the cheque can be paid by the bank without asking for his identity. This is law and not necessarily what is practised by the bank.

If your wife has drawn the cheque 'self' or bearer and you take the cheque to the bank theoretically the bank can give you payment just on the basis of your endorsemenr only because the cheque is payable to bearer also and you are the bearer. But in order to protect the employee of the bank, who handles your cheque, the bank  will insist on endorsement by the payee herself. Now if the cheque is drawn in your favour by name or bearer the bank need not ask for endorsement by your wife. But your endorsement is essential and it should be in front of the bank employee who actually pays you. This is actually to protect you. Suppose you had endorsed the cheque not in front of the paying bank employee and lost the cheque. Someone else may take the cheque to the bank and ask for payment. The paying bank employee will insist on his signature in front of him even if he claims the signature. Bank has certain practices which are not there in the law. If bank loses money due to oversight of one of its employees the bank will recover the amount from the employee.

When I send a messenger to the bank to collect cash for me I draw a bearer cheque in the name of the messenger. I do not endorse at the back of the cheque. The cashier will ask the messenger to sign at the back in front of him even if he had already signed it. Whan I myself take such a cheque to the bank I endorse it at the counter. If the cashier does not see my signing it he will ask me 'is this your signature'. Or if he asks me to sign again I sign again without any murmur. I have complained to the ombudsman when the matter was serious. But for trivial matters I do not quarrel with the bank staff. They are all salaried employees, they handle cash and if they are not extremely careful the amount will be recovered from their salaries. They can even lose their job.

With the advent of moble phones and emails, banking practices have considerably changed. Besides they have to follow instructions from the Reserve Bank also from time to time. They are extremely careful when large amounts are involved. Laws alone do not protect them and their customers. If I issue a third party bearer cheque for a large amount but not so large amount they ascertain from me over my mobile phone registered with them whether I had actually issued the cheque. If the amount is still very large they will insist on account transfer only. After all they hold your cash in trust.

i have gone through all answers and there are different opinions.

am giving cheque to another persion, i have purchased some thing from that person.

i will sign on the front cheque(and also mention the payee name and amount), ***but do i need to sign it on back of the cheque***?

i heard from some person and they said , "yes its better practice"". 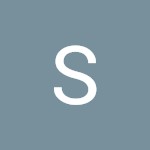 Times has gone when a banker need not to be establish or identify the bearer.. The defination of Bearer is given in NI Act 1885..plz go through. further i ll add sme additional info, also read IT act rule 6DD where third party cash payment restriction mentioned..Post implementation of PMLA act , establishing of identity of any person where tx amount 50k or more or in any other case bank official feels so, can ask customer (include walk in customer) to provide Proof of address/ proof on identity and same is to be retained for 10 yrs frm the date of Transaction...And a banker always does this thing not only for regulatory purpose but also to safeguard their customer hard earned money..