What are the facts pertaining to the case, preventing a muslim student from growing beard which was dismissed by the Supreme Court.

The facts are as follows:

Mohammad Salim was a student of Nirmala Convent Higher Secondary School, Sironj, Vidisha district, Madhya Pradesh from 1997. He passed 9th class in 2008. As he attained 16, his beard grew naturally. From the academic session 2008-09, the school introduced new rules and regulations, duly published in the school diary, given to every student. Under Rule 18 of these Rules and Regulations, the boys are required to have their hair-cut and shaving at regular intervals. The principal of the school prohibited Salim from attending classes, if he refused to comply with this rule. Salim was forced to take his school leaving certificate. The High Court of M.P. (Gwalior Bench) dismissed Salim's petition on 12.12.2008, on the ground that the school is a minority institution and it has a right to frame its own bye-laws in accordance with the Constitution as held by the Supreme Court in P.A.Inamdar case.

The High Court's very brief judgment cited P.A.Inamdar to suggest that "minority or non-minority institutions are free to admit students of their own choice including students of non-minority community as also members of their own community from other states, both to a limited extent only and not in a manner and to such an extent that their minority educational institution status is lost; if they do so, they lose the protection of Article 30(1)." The High Court referring to this principle of law laid down in Inamdar, concluded that there was no illegality or irregularity with regard to the regulation framed by the school and that Salim's admission was rightly cancelled.

In his SLP in the Supreme Court, Salim argued that his case is not related to the policy of reservation and therefore, the paragraph in Inamdar cited by the High Court is not relevant. He also cited Inamdar to drive home the point that the right to administer of a MEI, does not include the right to maladminister. He also pointed out that shaving beard is declared Haraam (sinful) in Islam, especially Hanafi sect to which he belongs; therefore, compelling him to shave his beard is in violation of Article 25.

The question before the Supreme Court was whether a MEI or an unaided institution has a right to impose its own rules and regulations on students against their religious beliefs. The Inamdar judgment, as is clear from the High Court judgment and the Supreme Court's endorsement of it, has apparently given the impression to the judiciary that a MEI or an unaided institution are under no compulsion to respect the religious beliefs of a student. This is a distortion of the Inamdar judgment. An unaided or a minority institution, as long as it carries the state's recognition, is bound to follow the Constitutional principles, and respect the religious beliefs of the students.

Supreme Court's summary dismissal of a Muslim student's petition against his school's decision to remove him from the school though has opened up a debate.

The following news item would give a better picture:

Rejecting the plea of a Muslim student that he should be permitted to sport beard in school, the Supreme Court on Monday observed that secularism cannot be overstretched and that “Talibanization” of the country cannot be permitted.

“We don’t want to have talibans in the country. Tomorrow a girl student may come and say that she wants to wear a burqa, can we allow it?” Justice Markandeya Katju, speaking for a bench headed by Justice Raveendran observed.

Asserting that he was a secularist to the core, Justice Katju however said religious beliefs cannot be overstretched.

“I am secularist. We should strike a balance between rights and personal beliefs. We cannot overstretch secularism,” the judge known for his incisive remarks said. Justice Katju passed the observation while dismissing the petition of the student. Mohammad Salim of Nirmala Convent Higher Secondary School, a government-recognised minority institution in Madhya Pradesh, has sought quashing of the school regulation requiring students to be clean-shaven. Challenging a Madhya Pradesh high court verdict that had earlier dismissed his plea, Salim submitted that every citizen was was entitled to follow his religious principles and that no one should restrain him from doing so in a secular country like India.

Salim’s counsel Justice (retd) B A Khan argued before the bench that sporting beard was an indispensable part of Islam.

But Justice Katju was apparently not impressed with the argument and quipped “But you (Khan) don’t sport a beard?” the judge asked the counsel.

The apex court then said that a minority institution has its own set of rules and rights provided by Article 30 of the Constitution and the same cannot be breached by any person.

“If there are rules you have to be. You can’t say that I will not wear a uniform I will only a burqa,” the bench observed.

The court further said if the student was not interested in following the rules then he has the option of joining some other institution.

“You can join some other institution if you do not want to observe the rules. But you can’t ask the school to change the rules for you,”Justice Katju observed. Appearing for the student, senior advocate B A Khan said that Article 25 of the Constitution guaranteed protection to Salim to pursue his religious practice of keeping a beard and the regulation providing for shaving it off was violative of this provision.

He said the act of the principal to force the student to leave the school for keeping a beard was against “his religious conscience, belief and custom of his family”. Pointing out that Sikhs were allowed to keep a beard and sport a turban, Salim alleged there was a clear discrimination on part of the school to force him to be clean shaven and this rule was violative of his fundamental rights. PTI 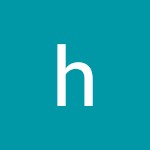 The right of the institution, which is catering to the students, is the primary right. If there is conflict in the interest the person who is claiming that rights have been compromised should take a decision to abide by the rules or to leave the school. Secularism does not come into the picture.

Exercise the rights of beard where ever it is available.