Originally issued pan deactivated & a new one issued without

Based on my application, I had been allotted a PAN No. #ABC for which I had also received the card from IT department (Black & White version).

Over the years, this number was used for various transactions, including filing of my IT returns.

However, due to reasons beyond my comprehension,the said PAN number was suddenly deactivated /deleted without any intimation to me and another PAN No. #XYZ is now being shown as active with my details.Surprisingly, till date, I have not even received the card for the so claimed new number.

The search message as on date against the PAN Nos are as follows:

PAN #ABC - No record found for the entered PAN.

Having said that, I would like to state that I would like to continue to retain my earlier issued PAN No. #ABC &  request that the new PAN No. #XYZ, be deleted/deactivated, as it seems to have been inadvertently issued without my request, knowledge & under no communication or physical delivery to me.

Additionally, I have also written about this to the ITO & followed it up with a reminder on 2 occasions but with no response to my request.

What should be my course of action as I'm not able to use my earlier number.

Can I get my earlier PAN No #ABC reactivated, if yes.. How?

How do I ensure that the new PAN Number appearing on my name does not get misused? 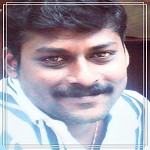 Since you didn't get any response from the ITO, pls prefer an appeal to an appellate authority of IT Dept. If your issue is not resolved you can go for a writ in the High court
1 Like