Ireply to section 340 is not being filed by op


Likes: 4
Points: 291
I filed an application under section 340 in family court.summon was served.but op did not appear for one and half year ,ie 18 months.no action was taken by judge.he used to give dates(11 court dates) and neither my lawyer objected.than op appeared and took copy of application .signed in the order sheet as well.after that he is not submitting reply for last 13 months.i asked the judge to proceed exparty but she didn't listen and said that no further action can be taken till the reply is filed .my lawyer just c harges me on every court date and dosent tell correct legal remedy.he said 2 to 3 years are given to op to file reply and this is the trend in this city,this is how things function in this city you can't do snything.i asked another lawyer hesaid reply or ws should be filed within 90 days.please tell me in criminal case under section 340 if op is not submitting reply for 13 months what is the correct legal procedure which judge should follow Thankyou so much
Reply

It appears you have a spineless lawyer...just chage your awyer without any further fail of time,

You have knock at the doors of High Court if the Loswer Court Judge do not proceed as per following circulars and also lodge complaint against the judge.

SIMILAR RULES ARE FRAMED BY ALL THE HIGH COURTS
the Karnataka High Court has launched the Case Flow Management system.

The Karnataka (Case Flow Management in Subordinate Courts) Rules 2005, as it is called, was gazetted by the State Government almost two years ago. Subsequently, the High Court framed the rules applicable to all suits and civil proceedings before the subordinate civil courts and tribunals.


It divides cases into four tracks.

In Track 1 the High court has included suits on maintenance, child custody, appointment of guardians and wards, visiting rights, letters of administration, succession certificate, recovery of rent and permanent injunction. All cases under this category will have to be disposed of within nine months.

In Track 2, cases on execution, divorce and ejectment will have to be disposed of within 12 months.

Cases that are not in any of the three categories are included in the fourth category and they too have to be disposed of in 24 months. The presiding officer, however, has the right to dispose of the case earlier.

The rules prescribe a mandatory time limit for various court procedures such as issue of summons/notices. Proceedings shall indicate a maximum of 30 days for filing statement or objection from the date of service.

The procedures for IAs and interim orders and reference to mediation, conciliation or Lok Adalat, appointment of commissioners for recording of evidence, proceedings for perjury, adjournment and even first appeals have also been spelt out. 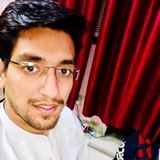 Law is not rigid in taking the documents on record, court can extend the time if court finds it appropriate and reasonable. As far as your case is concerned, you need to talk to your lawyer and make him understand the gist of your case. May be he is taking your matter casually. Or last option is hire a good lawyer !