how can i get our justice? 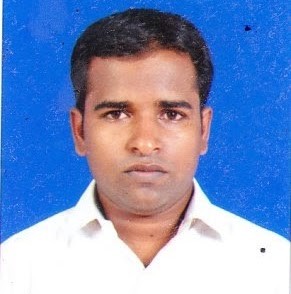 Points: 8
Peculiar Case of my parents. Where I have no sound legal knowledge, I beg you, respected, to help or facilitate in getting the justice for my parents. My parents only know me. They are not accustomed to court procedures and all. In 1986, my father purchased a poramboke land from a man. He is a vendor selling peas. He owned a land. He lured my father for money. So, my father was dealt to purchase that land which is under public work department that he came to know later, which is situated in the banks of highly elevated river, in the famous temple town of Samayapuram which is situated in Trichirappalli. My father is a noon meal organiser working in a government school. He purchased the land spending around 2800 Rupees. We built a house using mud sooner. Within a year, that house was elevated and was buillt using tile roof. My father was transferred to some distant school. Then, my maternal uncle's family was residing. The seller was expired. Realising our absence, the wife of the seller after several years, had filled a case stating the land was given under lease plus some fabricated arguments. My parents were ignorant and my father had been transferred to few schools quite often. We were not in a position to communicate properly. My maternal grand mother was only present and was living alone after my uncle who worked as postman also transferred nearby, was also shifted. So, my grand mother who was totally unaware of court procedures and completely illiterate of postal communications. We were not exactly aware of what's happening around us. The case was finalized since we hadn't been to court. The opposite had one sided success of judgement in their favour. As we might know, my father bought the land in 1983 that poramboke land from a pattani seller, husband of the so-called Rengammal. He lured my father for few thousands. My father purchased the land unknowingly and built a house on own. He was working in school as a noon meal organiser, so he needed to stay out along with us and he had been transferred to schools in between. My uncle was staying by that time in the house. The pattani seller died after few years in 1987. The case was filed by his wife on selfish grounds. My biggest question is- WHY DID MY PARENTS PROCEED FURTHER WITH THE BASELESS CHARGE? Simply 1, Ignorance on the part of my parents 2, Not usual to court procedures and all 3, Not that much communication as it is being nowadays 4. Internal fight with my uncle who wanted to own the land himself. We still do not speak with our maternal uncle. The thing is that- he wanted to own; he bargained for that; my parents denied. Citing these, my uncle had not informed the case and the consequences thereafter. My uncle was neither communicating with us nor having interest in settling things. Plus my parent's absence and their mode of works ... and the death of lawyer in between ......led the 1363 days delay mainly. Here and there many delays. SINCE WE ARE NOT AWARE, AND DON'T EXACTLY UNDERSTAND THE FABRIC SiTUATIONS. We allowed the case to happen. We should have filed against the core of the opponent. The case is entirely baseless w.r.t. the claims. 1363 days delay is the sole reason said behind in disposing the case. Things for the delay are: 1, Ignorance on the part of my parents 2, Not usual to court procedures and all 3, Not that much communication as it is being nowadays My question is Can I file afresh in my name mentioning all? What I expect in reaching to you for legal help is, kindly help me in this regard.

Please understand the limitations of members in a open forum, and in complicated cases without studying the facts with documents, member may not be willing to guide such a long issue.  Contact a local advocate or Legal Services Authority for proper guidance.

Too long a story, no time to go through and oblige.

It is advisable to consult and engage a local prudent lawyer with relevant records for analyses, professional guidance and necessary proceeding.