Bcoz of the misalliance relationship between the wife of 1st accused and complainant, accused along with 2 others went to the temple where the complainant working as a priest by about 8:30 pm.(april 2021)Accused 2 and 3 entered temple premises and called out complainant and forcibly took him in a car and abused with bad words, threaten to kill him,beat him in in face and head with hands, when complainant loudly screamed "plz dont kill me", accused 1 stopped the car and get out of the driver seat and pulled out the complainant and kick him in his back and ride away.

All 3 accused got arrested on same day and remanded. Got bail from jfmc on 7th day. Now the matter has been amicably settled between defacto complainant and the accused and filed a pray to quash fir on the basis of compromise before highcourt of kerala.

Can any expert please reply whether there is a chance to quash as section 364 belongs to serious offence. I posted this early. This is a detailed one. Experts please reply.. 🙏

Section 364 of IPC is a non bailable offence. Court of Magistrate can't grant bail in such cases. ... FIR and other circumstances plays a vital role in granting bail.

In the quash petition filed by the accused before high court, the defacto complainant can file an affidavit expressing  no objection to the quah petition giving reasons that disputing parties have settled the matter amicably on a compromise note.

The high court may consider the same.

If the quash petition is dismissed, then the defacto complainant may turn hostile witness during witness evidence deposition during trial proceedings which will enable the court to acquit the accused.

Yes, the parties need to approach the High Court. 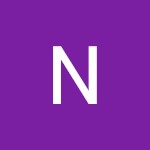