Sir,my aunty(mami) has filled dv case against my uncle(mamaji) and another 8 family members.recently in this court has ordered to my uncle to give 3000 per month to my aunt.sir my uncle is unemployed and 8th class pass while my aunty is graduate and no property is at the name of my uncle.my grandfather(nanaji) has two diffrent property.can she claim on the properties which are at the name of my granfather while he stay with my another uncle?should he go to higher court regarding this matter?may it be beneficial to go higher court?

Dear Sanni She can not claim any property share in your grandfather's property. she can claim only right to residence if these properties are her matrimonial home or your uncle is residing in there. no need to worry. feel free to call
1 Like

If your uncle is unemployed and only 8th passed then how the court can award 3000/- p.m. as maintenance?

This is a great injustice.

You should appeal(Criminal Writ) in High Court.

May be she have submitted some fake income source of your uncle and any other false submissions. If so then file Perjury in the same court where the DV is going on.

The court passes such orders on the basis of the proposition that if the wife was staying with such man, he would still be providing for her. An able bodied man is liable to maintain his wife.

Though, I have mostly voiced my concerns about misuse of laws, one thing I fail to understand is how so many people are unemployed but still their parents got them married, and kept providing for them for many years. If they were providing for the husband and wife till the time wife left the home, won't it be justified that they continue to provide for such women even after that?

As the law stands, the lady in this particular case can get right of residence in the house of the grandfather of the querist.

if husband is ready to live with her but not in the current state, but out of town, then wife can also claim residence in Husband Mother's Property.

What is matrimonial home ?

The Husband has to maintain the wife as per the law.

Correcting Mr Pawan husband is bound to maintain his wife only if she is incapable of maintaining herself on her own. There are lots of judgement on this where court has said we are here for justice and when we are talking about gender equality, we cant do injustice with Husband.

In case wife falsely say that she is not capable etc etc then you have to prove her capabilities.

And generally when husband and wife income are almost same, no need of maintenance will arise. read judgements on google.

It appears that total fact fo the case cannot be reproduced by you here.  Meet a lawyer nearest to you.

You got a fraud Justice. Go appeal!

Unemployed man can not be forced to pay Maintenance.

In your grand father property your uncle is the on of the member so she can claim residence rights to the property. But she not eligible to receive the maintenance one un-employed person, Without income proof how the court can pass the order, It's seems Indian legal system corrupted.

Bombay High Court:- No maintenance u/s 125 CrPC of Wife is able to maintain herself 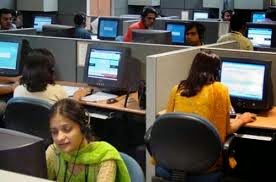 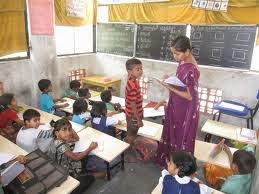 ::: Downloaded on – 15/03/2013 16:42:03 :::Bombay High Court
7 CR.REVN.APLN.106/2013(1)
20. The conclusion of the learned Judge that she is capable of
maintaining  herself  cannot  be  faulted.    Hence  the impugned
order   cannot   be   interfered   with   in   her   criminal   revision
application.  Similarly the payment of maintenance only for the
children  which  is  also   challenged  by  the  husband  cannot   be
faulted in view of his shown and suppressed earnings.
21. Of course this is only in the petition under Section 125 of
Cr.P.C   where   the   wife   must   show   that   she   cannot   maintain
herself.  She would be entitled to alimony and maintenance as
per law in other proceedings between the husband and wife.
22. For  the expenses  she claims  for her children Rs.10000/­
per month  each granted to the children is seen to be reasonable.
23. Consequently   the   impugned   order   which   has   been
challenged by both the parties does not require any interference.
Both the petitions are dismissed.
24. The   husband   shall   forthwith   pay   all   the   arrears   of
maintenance already granted.
(MRS. ROSHAN DALVI, J.)
https://misuse498adva.blogspot.in/2014/03/bombay-high-court-no-maintenance-us-125.html