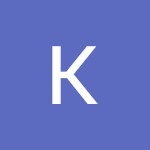 If a company is going to sack emlpoyees due to closure of process. Is anything mentioned in law to give compensation to the employess?

If the management is not willing to give compensation, then what steps do they need to take.

Chapter V-A is applicable in the case of factories, mines and plantations in which 50 or more workmen but less than 100 workmen are employed.

Mr. Mahesh has provided the write up to help you.

You may go thru the last para carefully.

The notice pay as stated in the appointment letter is the minimum employer shall have to disburse.

You may approach the local o/o Labor Commissioner and check if the company has filed for closure.

THE PAYMENT OF GRATUITY (CENTRAL)

3. Notice of opening, change or closure of the establishment:

(3) Where an employer intends to close down the business he shall submit a notice in Form C to the controlling authority of the area at least sixty days before the intended closure.

They will check if the company is closing, lay off or retrenching or circumventing the process, procedure, law……………….. to avoid due pay outs etc……….

The employers do attempt to avoid payment of benefits.

The employees should not shy to approach the authority, lawyer, trade unions………….

In case of lay off the relationship between employer and employee may continue to exist………..

An employee's position is usually considered to be redundant if:

In redundancy situations, the emphasis is upon a 'job' becoming redundant rather than a worker becoming redundant. The words 'when a position becomes redundant' should be given a broad reading and not one that is strictly literal, confining the word 'position' to a 'position with the employer'.

Employers resorting to any of the said forms of creating job losses is acting illegally and workers are entitled to receive wages for the period of illegality.


Points: 168
This query is related to MNC, it's a big organization, which has more than 1000 employees and has many sub-processes, it's going to closedown the sub-process which has around 100 employees are said to leave the organization without paying compensation and are given 60 days notice period.
Reply
On 02 June 2013