The assassins of Mahatma Gandhi and Indira Gandhi were promptly sent to the gallows. The killers of Rajiv Gandhi were sentenced to death. They sent mercy petitions to the President as is usual in death penalty cases. President after President did not take any action for unknown reasons. After decades President Pratiba Patil rejected the petition. They promptly appealed to the Supreme Court citing as inordinate delay as the reason. The Supreme Court commuted their sentences to life imprisonment. One of the convicts, Perarivalan appealed for his release. The politicians of the Dravidian parties supported him. The Tamilnadu assembly under DMK passed a resolution to release him. The resolution was sent to the Governor for submission to the President as is required under the law. But the Governor kept the resolution with him without sending it to the President. Perarivalan appealed to the Supreme Court. The Court released him. The Tamilnadu politicians are rejoicing. They are giving a hero's welcome to Perarivalan. His mother has become veera matha. We can expect that the other six convicts also will be released.

Why this double standard?  During 2019 elections Kamala Haasan exclaimed that Naathuram Godse was a terrorists. I want to ask him "what are Rajiv killers?"

When Sri Lankan army was fighting LTTE, the Tamilnadu politicians remained silent for years. Finally when LTTE was about to be finished in 2009, they raised a hue and cry in vain. One of the Sri Lankan ministers said that Tamilnadu politicians were jokers. The Indian National Congress has protested against the welcome given to Perarivalan. BJP is maintaining a deafening silence. 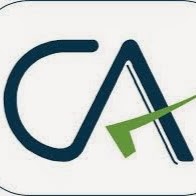 the reason beyond the killing of Mahatma Gandhi and Rajiv is different.

Law does not look into the reason for a murder. What do you mean by saying that the reasons are different. Do you mean that the killing of Rajiv Gandhi was justified?