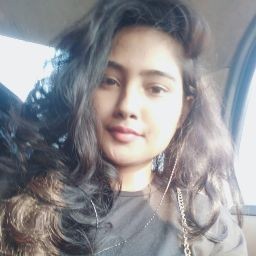 Article 13(2) says that state shall not make any law which takes away or abridge the rights conferred by part iii (fundamental rights) and any law made in contravention of it he void. by an amendment, clause (5) inserted in article 13: nothing in this article shall apply to any law enacted for giving effect to the directive principles of state policy. the amendment act further provides that validity of this amendment shall not be called in question in any court on any ground whatsoever. discuss the validity of the above statement.

This forum is dedicated to guiding needy litigants of preliminary and basic guidelines and not dedicated to answer/reply/discuss on constitutional issues.

However, answer to your question may be:

The 24th Amendment was enacted, by the Congress government headed by Indira Gandhi, to abrogate the Supreme Court ruling in Golaknath v. State of Punjab. The judgement reversed the Supreme Court's earlier decision which had upheld Parliament's power to amend all parts of the Constitution, including Part III related to Fundamental Rights. The judgement left Parliament with no power to curtail Fundamental Rights. To abrogate the ruling, the government intended to amend article 368 to provide expressly that Parliament has power to amend any provision of the Constitution, thereby bringing Fundamental Rights within the scope of its amending procedure, and preventing review of those changes by the courts.

The 24th Amendment came into force on 5 November 1971. The Indian press characterized the 24th Amendment as being too sweeping in its ambit, and of dubious legality. The Amendment was also opposed by jurists, and all the surviving members of the Constituent Assembly at the time. The Supreme Court upheld the validity of the 24th Amendment in Kesavananda Bharati v. State of Kerala in 1973.