I got married to a lady. Immediately After the marriage, I found out that the lady had a lover before marriage. She continued that relationship after the marriage. As soon as I came to know about it, I asked to stop it. The lady agreed to stop it, but continued the relationship with the support of her parent and without my knowledge or any clue. Due to the support of her parent, she left the matrimonial home againt my will. Now we are separated for  more than two years. For the eleven months, I tried to bring her back and in the twelfth month, knowing the role of parent I decided not to bring her back and communicate the same openly. If I apply divorce on the ground of desertion, she would argue that I hadn't called her back. I have some evidence of her relationship and support of her parent. Using this evidence,  how can I apply for divorce and how strong it would be. Her parents  are good in creating stories and deceiving. No one can live with the quarrelsome lady, her parent knows it, so her parent would try to send her to our modest and traditional family. To outsiders our marriage was normal and in private, it was utter sour. pls advice.

Dear, There could be other ground for divorce like cruelty and the same marraige cms be annulled under section12 on the ground of concealment of material fact. Advocate kapil chandna. 9899011450

@Kapil Sir: How does one prove that the spouse has concealed the fact?v Will the wife in this case agree about the allegation that my friend is trying to make?

@Raghu: Do you have any evidence? 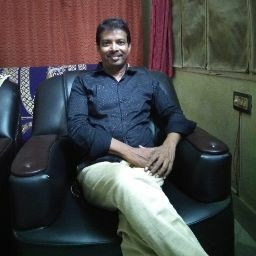 First of all you give notice through your advocate to your wife to come and join with you under section 9 of Hindu marriage act. This is the primary step to show the negligence of your wife against you. Nextly you proceed in a court of law.

Thanks all for your advice.

As you have stated that it is more than two years after she abandoned her matrimonial home, this is a clear case of desertion.  Further since it is a fact that she had been staying away from you for more than two years, there has been no cohabitation or conjugal relationship between you both for the said period and continuing till date. Moreover, she is reported to have been in illicit relationship with her boyfriend, this is clear case of adultery as well.  Thus, you have got all the three solid grounds for divorce, consult a local lawyer and proceed as per his further advise.

Raghu, dont got for any legal action, there are chances of her filing 498a on you, wait for few more days and try to get clear evidence on her illicit relation, a video on her adultery will solve all your problems at a shot else try to get photos record her conversations with her boyfriend the directly go for divorce with all your proofs else you will become victim of 498a.

Engage a good Private Detective Agency to collect evidences of illicit relationship  of your wife with her boy friend and thereafter proceed with the Divorce case as directed by other Learned Experts.