Verbal fight and threatening on call

I need legal advice on a problem I am currently facing.

I was indulged in a verbal fight with a college mate, there were abuses from both the side, after which he threatened me of serious bodily injury, in return even I had threatened him of the same.

he then abused my faith after which I warned him of serious legal consequences (which actually was to scare him), now he has lodged an NC against me on a frivolous charge saying that I threatened him of murder just because he asked for an assignment.

I have all the WhatsApp chats and call recordings available with me. what should my next step be? should I lodge an NC or an FIR against him? what would be the charges that I can press?

these are some that I researched on the internet that may be suitable in this case.

You can lodge police complaint against college mate in local police station based on whatsapp chats and call recordings. Take help of local advocate and file complaint.

yes you can file FIR

Don't be wiser!! just state (in a written complaint to SHO and send copy to other senior officers) what happened police will see the rest!! there is no necessity of mentioning the sections or the language of the section necessary to constitute the offence. if you want to know for your knowledge, all the sections quoted by you are attracted to some extent in facts disclosed by you. 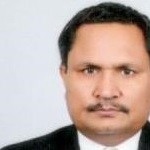 It is advisable to file complaint to SHO with copy of SP office.

In complaint state facts only, taking cognizance is police job. But copy to SP office shall support your case since beginning in my opinion.

1. To enforce the mentioned sections of IPC, you will need to file Private Criminal Complaint against opposite person.

2. While filing NC /FIR, police notes only brief details and after investigations, police will decide upon filing charge sheet under the sections that they seem proper.

Better consult your parents thereby they may best helpful in this age.

What about the status of the complaint lodged against you ? is any enquiry had conducted