Use of recording devices in court proceedings

Our esteemed member K.V.Dhananjay has addressed a letter to the Chief Justice of Karnataka High Court seeking a No Objection to record the court proceedings involving his representation using a voice recorder in order to transcribe the same for future references.

The copy of the letter is attached herewith.

I invite your views as to whether the judicial and court proceedings in India should be recorded and transcribed as done in western countries and as sought for by our member K.V.Dhananjay. 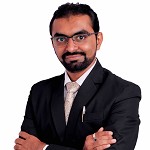 According to me it is must in todays time. I suggest not only Recoding devise in Court proceedings But to install  Webcams  in Courts, Police Strations and in Governmet Departments.

This will but obvious reduce the curroption, will incerase eficiency and Honesty of Government. Employees which will be indirectly helpfull to public at learge, and mainly this will reduce the Missuse of their Powers.

I am thankful to Adv. Dhananjay and Praksh Sir for such and imp. topic and bringing this to the knowledge of Courts.

It is a irony that our software industry does legal transcription to many countries as pioneers in the field but unfortunately in our own country there is no steps taken for transcribing judicial proceedings.

I congratulate our member Dhananjay for taking the initiative.

Gujarat High Court is set to become the first court in the country to implement the model e-court project, synergising technology with the judicial process to reduce bottlenecks in the system.

The project, which will be implemented on a pilot basis from Sunday, will provide tamperproof, authenticated audio-video recording of courtroom proceedings along with multipoint video conferencing facilities between the courtroom, central jail, police commissioner's office and the forensic science laboratory.

The project will be first to put into practice at the City Civil and Sessions Court at Ahmedabad.

Chief Justice of  K G Balakrishnan will inaugurate the project on Sunday.

"This is a unique project in the country and is being implemented for the first time by the Gujarat High Court," Gujarat H C Registrar General P P Bhatt told media persons at Ahmedabad on Saturday.

"This is an initiative by the Central government to make the judicial process more transparent, remove the bottlenecks and making the justice delivery speedier," Bhatt said.

He said that the uniqueness of this project is that besides video conferencing with various agencies, the entire proceedings will be recorded and will be available for the judges to review the process in case of doubts.

"This will not only help the judiciary, but the police and the jail authorities who spent a considerable amount of time and manpower to transport under trials between court and central jail," Bhatt said.

Principal Sessions Judge G B Shah, who was present during the briefing, said that this would help in case when a witness turns hostile during the course of trial or review the statements of the lawyers, prosecution as well as defence.

He said that this will help the judicial system to streamline and expedite their operations.

Talking about the benefits of e-court, Inspector General (Prisons) Keshav Kumar said that now there won't be need to physically transport any under trial from central jail to court.

"Since 2004, over 23,000 prisoners have been presented before the court, which has led to an expenditure of over Rs 89 lakh on escort and fuel expenses, besides the numerous manhours lost in the process," Kumar said, adding that with e-courts lot many manhours will be saved which could be utilised elsewhere.

The e-court project is being set up with financial support from Central government and technical support of Technology, Information, Forecasting and Assessment Council (TIFAC), Centre for Advanced Computing (C-DAC) and National Informatic Centre (NIC).

The initial cost for the pilot project is about Rs 82.50 lakh, with an estimated recurring cost of Rs 5.30 lakh per annum. The cost of replicating the project comes to around Rs 24 lakh.

The Gujarat H C Registrar General P P Bhatt said that after a year, the results of the e-court will be analysed and based on its conclusions, the project will be implemented in other districts of the state.

The project is likely to be implemented in three big districts of, Vadodara and  during the second phase, he added.

Time has come to change the conventional style of recording evidence. Video -audio recording with transcription like in western countries is a good approach. We have to congratulte our LCI brother Dhananjay and Gujarath judicial administration.

Thanx for taking pains to make judiciary updated in all respects. Well at last I could find a voice that was in my mind since long. Sometimes I think it should be allowed and there is no harm in it, neither will any judge object the same, it proceeds a step towards the accountability in judiciary which must be implemented now.I support the same and I request all my friends to call for the need of hour.

Dear  prakashji, our Hon'ble Prime Minister has set a target of Rs.845 Crores to change the Judiciary into paperless Court, as such recordings of Court proceedings is in right directions. More over in some lower Court the words never employeed by the Counsels are sometimes reflected in the Judgment and even the opinion of the trial judge are put in the mouth of the counsels, as such i am of the view that the recordings of the court proceedings is in the right directions.

I hv heard this news from Supreme court’s propaganda earlier.
And Gujarat High Court has implemented the same.
Here, I wud like to inform that I hv seen the transcripts of oral arguments on Florida Supreme Court, District(I) Court of Florida , and Supreme Court of Ohio. It is really very educative. I hv also observe live proceedings of cross examination and testimonies of witnesses in “Beheading Trial” as well as O. J. Simpson’s Trial. It was very very educative and informative.

Indeed I was waiting this to happen in our country

voice recording, video recording should be allowed, as chirag shah said the web cam's should be fixed in court offices. in the lower courts, the cases will be called out and taken up as per the whims of the bench clerk , that too when the new judicial officer is appointed! as assumi said 'the opinion of the trial judge are put in the mouth of the counsels', some times the important points urged at the time of arguments are not discussed in the judgment and same things happen at the time of cross examination. now a days the accused persons throwing slippers and shoes towards the presiding officer has very common, the governement and the supreme court should some thing reagrding this. surely fixing cameras and recoding the court proceedings will be certainaly a geart leap towards achieving the objects of our constitution.

My Dear Rekhaji, what do you mean by Supreme Court's Propaganda?

Dear jithendraji, at least that part of throwing shoes and slipper has never happened in my state but yes the other acts as you mentioned are a daily routine.

Prakash Sir, thank you very much for your valuable informations and sharing, this is really a healthiest improvement in the judicial system of our country, if we go ahead in this way in every field, surely all our dreams of India as a Developed Country will become true...... my hearty wishes to Gujarath H.C. and Mr.Dhanjay for his efforts.... and Mr.Yedhula Prakash, your services in lawyersclub is really amazing...

thanks to all for such detail information.

It is really a revolutionary step to introduce the modern system in court proceedings.

well...finally a step towards technology in legal field!!! thnx for the info..