Freedom of speech is an empowering right in a democracy and strengthens pluralism which is a defining feature of open societies. But freedom of speech can also become an instrument of subversion, a dangerous weapon in the hands of those out to wreck social amity and national integrity. As much was evident on Thursday during a convention organised in New Delhi by the so-called 'Committee for the Release of Political Prisoners', a Maoist front organisation, on a theme that should have raised hackles in North Block: 'Azadi — The Only Way'. Tellingly, the proceedings at the convention were conducted by SAR Geelani, among the prime accused in the Parliament House attack case who escaped punishment due to poor prosecution; notwithstanding the fact that as a lecturer in Zakir Hussein College he is kept in comfort by India's taxpayers, he misses no opportunity to incite violence and encourage war against the state. The pro-azadi harangue of All-Party Hurriyat Conference leader Syed Ali Shah Geelani, whose pro-Pakistan and anti-India views are common knowledge, need not distract attention from the open call to Kashmiris to secede from "bhookey-nangeyHindustan" by author-activist-anarchist Arundhati Roy who incited students of Aligarh Muslim University, Jawaharlal Nehru University and Delhi University to "fight for the cause of separate Kashmir… a cause that is your future". This is not the first time Arundhati Roy has brazenly indulged in encouraging enemies of the nation and urging terrorists to wage war on the state. In the past she has joined secessionists in Srinagar, most notably during the anti-Amarnath Yatra agitation, and lent her voice to their demand for azadi. She has also portrayed Maoists as 'innocent victims of state terror' and not hesitated to gloat over the killing of security forces by the far-Left insurgents. If secessionists and insurgents pose a serious danger to our internal security, as the Prime Minister has once again reminded us on Friday, then the threat emanates as much from killers with guns as their publicists like Arundhati Roy. The cloak of 'intellectual dissent' is a convenient cover for their treachery.


Thursday's convention that saw the coming together of individuals who qualify to be designated enemies of the state raises two important questions. First, the Union Ministry of Home Affairs owes an explanation as to how such an event, whose proceedings have in no manner contributed to healthy and open debate but allowed secessionists and patrons of terrorists to sneeringly cock a snook at the state, was allowed in the first place. The venue of the convention is a short distance from North Block; the fact that Delhi Police and IB personnel were present proves Government was fully aware of what had been planned. Second, the law is supposed to be equally applicable to all. In that case, why is it that Arundhati Roy has not yet been charged with anti-national activities and prosecuted under the Unlawful Activities (Prevention) Act? The same law has been used for arresting and prosecuting individuals who are guilty of far less. Are we then to presume that she enjoys immunity from the law? If yes, then at whose behest?

Arundati Rai seems to me on the verse of insanity! While she is liable to prosecuted, any attempt at this stage would  be counter protective. It is ideal to isolate her by ignoring and  instead a create a concerted campaign against such suedo activists!.

Kashmir is a complex question and every effort should be welcome to solve it , so technicallities should be ignored. 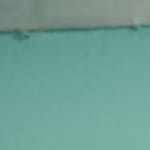 what is the time period of Imprisonment under Life sentnce?

I agree with Shashikumar that Kashmir is a complex and sensitive problem, which we have consistently failed to solve in past 60 years and all these minor issues and technicalities should be ignored in the greater interest of solving the problem.

" No body can be punished this country" as per Ruled by our Hon'ble Supreme Court of India in the Contempt petition No.203 of 1996 .

Why Arundhati Rio should be prosecuted ?

How criminals can be punished in india ?

How you can ignore the above noted matter ?

Kindly read the word ' in ' between the words' punished 'and' this ' in above noted previous posting. Thank you to all.

Following is what Arundhati Roy has to say to those who want her to be prosecuted:

Noted writer Arundhati Roy Tuesday said her speeches supporting the call for azadi were what "millions" in Kashmir say every day and were "fundamentally a call for justice". Following is the full text of the statement that she has issued. "I write this from Srinagar, Kashmir. This morning's papers say that I may be arrested on charges of sedition for what I have said at recent public meetings on Kashmir. I said what millions of people here say every day. I said what I, as well as other commentators have written and said for years. Anybody who cares to read the transcriptts of my speeches will see that they were fundamentally a call for justice. I spoke about justice for the people of Kashmir who live under one of the most brutal military occupations in the world; for Kashmiri Pandits who live out the tragedy of having been driven out of their homeland; for Dalit soldiers killed in Kashmir whose graves I visited on garbage heaps in their villages in Cuddalore; for the Indian poor who pay the price of this occupation in material ways and who are now learning to live in the terror of what is becoming a police state.

"Yesterday I traveled to Shopian, the apple-town in South Kashmir which had remained closed for 47 days last year in protest against the brutal rape and murder of Asiya and Nilofer, the young women whose bodies were found in a shallow stream near their homes and whose murderers have still not been brought to justice. I met Shakeel, who is Nilofer's husband and Asiya's brother. We sat in a circle of people crazed with grief and anger who had lost hope that they would ever get 'insaf'—justice—from India, and now believed that Azadi—freedom— was their only hope. I met young stone pelters who had been shot through their eyes. I traveled with a young man who told me how three of his friends, teenagers in Anantnag district, had been taken into custody and had their finger-nails pulled out as punishment for throwing stones.

"In the papers some have accused me of giving 'hate-speeches', of wanting India to break up. On the contrary, what I say comes from love and pride. It comes from not wanting people to be killed, raped, imprisoned or have their finger-nails pulled out in order to force them to say they are Indians. It comes from wanting to live in a society that is striving to be a just one. Pity the nation that has to silence its writers for speaking their minds. Pity the nation that needs to jail those who ask for justice, while communal killers, mass murderers, corporate scamsters, looters, rapists, and those who prey on the poorest of the poor, roam free."

Arundati Roy is a pseudo-democrat, pseudo-secularist, pseudo-human right activist and what not. She is the epitomb of double standards. If she is so concerned about human rights and peace, she must have spoken all these days against the violence indulged against the Kashmiri pundits. The Kashmiri pundits are refugees in their own motherland, India. Does not Arundati Roy know that? She knows, but she would shed her "crocodile tears" only for the Muslims!

Here is what the truth is for every one to see:

Why has she not visited any one of these camps and spoken about this?

SHE MUST BE CHARGED WITH SEDITION AND TRIED UNDER THE EXISTING INDIAN LAWS.