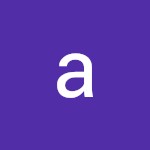 Points: 4
Person " A" is 75 year old has two wives B1 and B2, First wife B1 got expired and has total 4 children ( 1 Male,3 Female - All Adults ) whereas second wife B2 is alive and has total 2 children ( 1 Male, 1 Female - All Adults ). Person " A " has a total Agriculture land of 10 acres and he doesn't have an interest towards passing of agricultural land to children of first wife's children. Person " A " is keeping secretly so-called 'WILL' to favour all property in the second wife, B2 and her 2 Adult children. 1. In this scenario, How Late First Wife's Children can claim equal property under MOHAMMEDEN'S LAW.? 2. Under what sections of law will do support the LATE First wife's children, Please share case laws and judgements if are to be found under the same scenario?
Reply

It needs lot of time. You may go through following and try to understand in your own legal way. Please CLICK LIKE and follow me if you feel my answer  helped you

Rights of females: Muslim does not create any distinction between the rights of men and women. On the death of their ancestor, nothing can prevent both girl and boy child to become the legal heirs of inheritable property. However, it is generally found that the quantum of the share of a female heir is half of that of the male heirs.

Under the Indian legislative scheme, the rules that govern inheritance under the Muslim law depend on the kind of property involved. In cases of Non testamentary succcession, the Muslim Personal Law (Shariat) Application Act, 1937 gets applied. On the other hand, in case of a person who dies testate i.e. one who has created his will before death, the inheritance is governed under the relevant Muslim Shariat Law as applicable to the Shias and the Sunnis. In cases where the subject matter of property is an immovable property which is situated in the state of West Bengal or comes within the jurisdiction of Madras or Bombay High Court, the Muslims shall be bound by the Indian Succession Act, 1925. This exception is only for the purposes of testamentary succession.

It is noteworthy that the Muslim law does not make any strict distinction between any two or more type of properties such as movable and immovable, corporeal and incorporeal etc. Since there is no such distinction between different kinds of properties, therefore, on the event of death of a person, every such property which was within the ambit of ownership of the deceased person shall become a subject matter of inheritance. The amount of property that shall become the subject matter of inheritance and is made available to the legal heirs to inherit shall be determined after making certain appropriations. Such appropriations may include expenses paid in lieu of funeral, debts, legacies, wills etc. After making all these payments, the left over property shall be termed as the inheritable property.

Principles governing rules of inheritance of joint or ancestral property

Unlike Hindu law, there is no provision of distinction between individual i.e. self acquired or ancestral property. Each and every property that remains within the ownership of an individual can be inherited by his successors. Whenever a Muslim dies, all his property whether acquired by him during his lifetime or inherited from his ancestors can be inherited by his legal heirs. Subsequently, on the death of every such legal heir, his inherited property plus the property acquired by him during his lifetime shall be transferred to his heirs.

The principle of Hindu law of inheritance of Janmaswatvad does not find place in the Muslim law of inheritance. The question of inheritance of property in Muslim law comes only after the death of a person. Any child born into a Muslim family does not get his right to property on his birth. In fact no such person holds becomes a legal heir and therefore holds no right till the time of death of the ancestor. If an heir lives even after the death of the ancestor, he becomes a legal heir and is therefore entitled to a share in property. However, if the apparent heir does not survive his ancestor, then no such right of inheritance or share in the property shall exist.