A pet-dog is causing nuisances on our movement within our domestic areas (Under KMC) and the owner also not maintaining the harmony, may need to take criminal action against the owner. Regards, Manas Nandi at nandi.manas@rediffmail.com

please be more specific. what kind of nuisance is the pet dog causing?
1 Like

No specific suggestions can be expressed until I cognize about the nuisances in more details.

Just to note, in general

One can register an FIR against the pet owner under two provisions of the IPC — Section 289 (negligent conduct with respect to the animal) and Section 337 (causing hurt by act endangering life or personal safety of others). The penal provisions could fetch a maximum punishment of six months in jail, besides the fine. 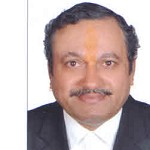 I need some information about this.

what is breed of this pet.

whether the pet is protected from rabies by immunisation by veterinary doctor and the owner should have the vaccination certificate.

another very important thing is pet registration with municipal corporation

sir i can feel your pain. owners usually tied thier dogs at main gate in sun light,rain without considering residency laws and proper take care. dog barks whole day with pain,hunger and thirst. many other dogs are naturally barks on passers-by

it is mental agony that no one take this as a serious problem, talk to pet owner for relief.

KOLKATA: If you have a cat or a dog or are planning to get one soon, here's a word of advice. Make sure your animal follows your orders. For Calcutta High Court has directed the Kolkata Municipal Corporation to crack down on people whose pets create a commotion and disturb neighbours. KMC will be aided in its vigil by the state state pollution control board.

The court order was issued after a complaint by a resident of Jadav Ghosh Road in Thakurpukur against one of his neighbours. He had complained that the neighbour had set up a pound for cats and dogs in his house and that the animals were creating a nuisance by barking through the night. He alleged that he had informed the KMC health department but the civic authorities had not done anything.

The court ordered KMC to inspect the site and take steps under the provision of the Kolkata Municipal Corporation Act to prevent any further nuisance in the neighbourhood. The court also ordered the PCB secretary to see if the municipal authorities were properly discharging their duties in this respect. "The KMC authorities will have to look into the matter to prevent such nuisance whenever a complaint comes in," said a PCB official.

The state environment department's law officer, Biswajit Mukherjee, said that they had earlier received complaints from Howrah residents about domestic cats and dogs creating a nuisance in their neighbourhood.

"We had heard that dogs belonging to residents of some localities were disturbing others in the neighbourhood. Moreover, complaints had poured in about pet cats and dogs defecating in the open. This is unhygenic and could lead to health hazards. From now on, we will monitor domestic pets," he said.

KMC's member, mayor-in-council (health) Subodh Dey said that KMC normally looks into these issues. "I will have to read this specific order," he said.

Complaints of domestic cats and dogs creating trouble are nothing new. A few years ago, there was a complaint that the pet cats belonging to a senior employee of a reputed firm were entering a renowned former footballer's house and creating a nuisance.

Thanks to all for extending such a good support. I honoured!

aboive all every dog lover says

I am facing simlar kind of problem with two pet cats of my neighbour since last 1 & 1/ months or so, I ma planning to approch WBPCB, Kolkata Municiapl Corporation as neither the cat is purchased nor any vaccination is provided by the owner it is just a street cat which are chained up by neighbour for  hours in a day and rest of the time it is et free while it is making nuisance by polluting floor etc. Please provide me case no./ Judge name / date of order of CHC so that I can retrive order copy and place the same to KMC health dept, and License dept.