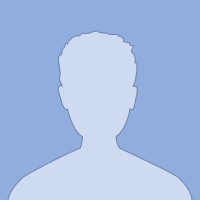 we residing in first floor of apartment and second floor owners washroom water dripping in wall and whole wall get damaged. He ignores our complaint repair. what will be remedies on this.plz suggest 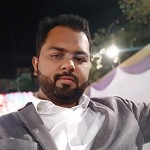 You should send a civil recovery notice and if he does not rectify the issue then you can file civil suit. OR you can make an application in local police station citing mental harassment and damage to the property.

Show the leakage to the owner of second (upper) floor + RWA / Managing Committee and find out amicable settlement where upper floor owner has to get it repaired.

It is better to consult and engage a local prudent lawyer for proper appreciation of facts/ documents, professional advise and necessary proceeding.

Yes amicable settlement is always advisable. if not then find appropriate court of law remedy with the support of local lawyer

If you have brought this leakage to the attention of Society, neighbours and the owner of that flat that is responsible for repair, do not delay the issue further, get the estimate from approved engineer and get the same repaired with own expenses, and then commence issuing notice and further recovery process.  When the washroom water is seeping into your portion, waiting for someone for rectification is not proper, as a stitch in time saves nine. 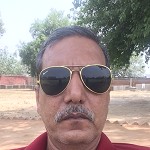 Ms.Poonam, Greetings of the day.  In my considerate opinion you can opt for these possible options i.e. approaching RWA Office, Putting the culprit under notice seeking compensation and damage/s,  Lodge a police Complaint under Section 133 Cr.PC (Nuisance).  Best regards

Yes, you may serve legal notice and if no remedy approach the SDM under Section 133 CrPC or initiate a civil action for remedial action as well damages.

To my opinion S. 133 CrPc is no stretch applicable in private individual matter. Moreover the nuisance is not committed in any public place and is committed in one's private flat. This is simple a private matter. On a humble submission I placed before Section 133 Cr.Pc which reads as: -

133. Conditional order for removal of nuisance.

(1) Whenever a District Magistrate or a Sub- divisional Magistrate or any other Executive Magistrate specially empowered in this of behalf by the State Government, on receiving the report of a police officer or other information and on taking such evidence (if any) as he thinks fit, considers-

(a) that any unlawful obstruction or nuisance should be removed from any public place or from any way, river or channel which is or may be lawfully used by the public; or

(c) that the construction of any building, or, the disposal of any substance, as is likely to occasion configuration or explosion, should be prevented or stopped; or

(d) that any building, tent or structure, or any tree is in such a condition that it is likely to fall and thereby cause injury to persons living or carrying on business in the neighbourhood or passing by, and that in consequence the removal, repair or support of such building, tent or structure, or the removal or support of such tree, is necessary; or

(e) that any tank, well or excavation adjacent to any such way or public place should be fenced in such manner as to prevent danger arising to the public; or

(f) that any dangerous animal should be destroyed, confined or otherwise disposed of, such Magistrate may make a conditional order requiring the person causing such obstruction or nuisance, or carrying on such trade or occupation, or keeping any such goods or merchandise, or owning, possessing or controlling such building, tent, structure, substance, tank, well or excavation, or owning or possessing such animal or tree, within a time to be fixed in the order-

(i) to remove such obstruction or nuisance; or

(iii) to prevent or stop the construction of such building, or to alter the disposal of such substance; or

(v) to fence such tank, well or excavation; or

(vi) to destroy, confine or dispose of such dangerous animal in the manner provided in the said order; or, if he objects so to do, to appear before himself or some other Executive Magistrate subordinate to him at a time and place to be fixed by the Order, and show cause, in the manner hereinafter provided, why the order should not be made absolute.

(2) No order duly made by a Magistrate under this section shall be called in question in any Civil Court. Explanation- A" public place" includes also property belonging to the State, camping grounds and grounds left unoccupied for sanitary or recreative purposes.

Please Learned Seniors make me correct if I am wrong.

Yes, Mr. Pradip Nath, I am incorrect in my suggestion. Many thanks for correcting me.

Thank you Sir for your warmth and gentleness. I am no where nearer to you or your experience, it is your simplicity that makes us feel so nice and keep our point of view in a friendly atmosphere.

You first make a complaint about this to the association and request them to inspect the upper floor flat to find out the reason and ask the flat owner to cooperate for repairing the leaking wall.

If they do not take proper action then you may resort to proper legal action as per the provisions of law in this regard.

Typically, an individual leaseholder will be responsible for pipes and other apparatus exclusively serving their flat even if they are not within the area of the flat. Any communal pipes or apparatus (eg water tanks) serving more than one flat will be the responsibility of the landlord or management company.

If a flood or leak from a neighboring flat causes damage in your home, then that owner is likely to be responsible for repairing it. For example, if the water causes a ceiling in your home to collapse or plasterwork is damaged.

You may take proper action through RWA, if it is not effective then you may resort to legal action as envisaged in law.

IF YOUR BUILDING IS IN MUMBAI or PUNE, then file complaint to BMC.

LEAKAGE FROM TERRACE COMPLAINT TO BMC or PMC
https://chshelpforum.com/doc-0009