my brother has been booked under ipc 306 as her girlfriend committed suicide at out flat while we were asleep.They had healthy relationship but that particular night they had some disagreement also she was drunk & had some family problems too (her father has extra marital affair) plus she had backlogs in her current semester.My brother is in judicial custody how to get bail?

Getting Bail is just by applying for it.

If the Court declines to grant it, move the Court above.

Bail will be granted after three months automatically provided there're no strong grounds against grant and provided all formalities are fulfilled.

Thanks for your valuable answer & time.The challan diary/charge sheet and viscera report is still pending.By any chance does This affects the bail?PM report confirms suicide.

No.     The Charge Sheet and the Report are of no consequence. 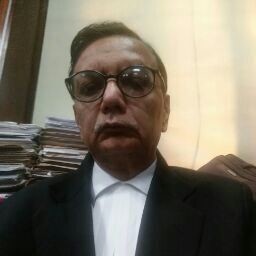 1) Apply for bail under Sec 439 of Cr PC.
2) State that no prima facie case under Sec 306 is made out.
3) That in facts of case "No exhortion to commit suicide" is made out.
4) Since there were no marriage, the presumption that husband abetted in suicide does not arise.
5) Most probably you will get bail looking to the facts mentioned by you.

Hello,
Your brother can apply for bail under section 437 (2) of the CrPC, where bail is given in Non-Bailable offenses.

"If it appears to such officer or Court at any stage of the investigation, inquiry or trial, as the case may be, that there are not reasonable grounds for believing that the accused has committed a non- bailable offence, but that there are sufficient grounds for further inquiry into his 1 guilt the accused shall, subject to the provisions of section 446A and pending such inquiry, be released on bail] or at the discretion of such officer or Court, on the execution by him of a bond without sureties for his appearance as hereinafter provided."

In a case in Bombay High Court, an accused was granted anticipatory bail under section 438 of the CrPC, in which the accused was the boyfriend of the deceased. The court said that

"For an offence to be made out under section 306 of IPC (abetment to suicide) there should be instigation, intentional aid or an intent that the person should commit suicide. It is necessary to show whether the accused had mens rea (intention)"

yes if death was due to poisoning then court may call for viscera report if there is a doubt in Hon'ble courts mind.
if the chargesheet is filed then you may submit before the Hon'ble court that, investigation is over and there is no scope of tampering with the investigation so now there is no need to keep the accused behind bars.
if not filed then you will have to submit upon merits.

once the bail got rejected in sessions court basis false harrassment allegations that her parents made..they have no evidence of the same..charge sheet is pending should we apply for bail in high court or wait?

if you are sure that there is no clinching evidence against your brother, you may file for bail in High Court, provided, you must annex/submit documents which may throw some light on your innocence and be able to assist/convince the Hon'ble court when the state/police produces evidence against you.

if she was drunk her PM report must be on record, which may indicate her state of mind when she committed suicide. and also any evidence related her family problems may help.