I don't want to get married under hindu law

So, I am a  Hindu according to Hindu law in India but I don't want to get married under the jurisdiction of the Hindu Marriage Act.

Now, what I want to ask is that if I don't get married under Hindu Marriage Act, will my marriage not be considered as valid or legal?

No... Being Hindu, You have to get married under Hindu Marriage Act.

If you change religion before marriage, you may marry under that religion act.

You may marry under the provisions of Special Marriage Act.

You can get married under the Special Marriage Act provided your partner ie. to whom you wish to get married also agrees and abides by the provisions of the act.

What is the reason for avoiding / evading marriage under the provisions of HIndu Marriage Act being a Hindu?

Law can not be settled as you wish.

Why posting such fabricated facts ?

If you don't want to get married under HMA then you may marry under Special Marriage Act by following the procedure laid down therein.

The type of marriage is an individual choice and SMA permits a marriage without change of religion, marriage performed under SMA through Marriage Registrar is legally valid for all purposes.

What is the opinion of the family members of both the sides? It is impossible for a  marriage to be  a one-man (woman) show.

Respected Sir, my family and his family do not have any issue.

Sir, I also want to ask that being Hindu if I register under Special Marriage Act, will it create any differences in my marriage rights or will they remain he same?

Even when the marriage is registered before the Sub-registrar two pieces of evidence, exchange of garlands and signing before the registrar is essential.  If the marriage is at another place, a wedding card, marriage hall certificate, three photographs showing an Exchange of garlands, Sutra Dharan, and walking around the sacred fire are required for solemnizing marriage.  It is always proper to discuss further formalities with the Registrar while submitting an application. ( Mainly those, who wish to get married without the consent of both families, choose this way to keep the marriage a secret from elders and to build concrete evidence of their marriage for getting passports to work abroad.  They assume that once they get a marriage certificate and settle abroad, the families may forget over a passage of time)

Since you are not willing to register your marriage under Hindu Marriage act, you may get it registered under Special marriage act.

This right to cohabit with one another is called the' consortium' right. Husband and wife have the right to each other's society, comfort, and affection.

The Special Marriage act was passed in 1954. It was passed with an intention to regulate marriage between two individuals (of the opposite s*x) irrespective of their caste or religion . It applies to the whole of India except for the states of Jammu and Kashmir.

The Special Marriage Act, 1954 is an Act of the Parliament of India with provision for civil marriage for people of India and all Indian nationals in foreign countries, irrespective of religion or faith followed by either party.

It is my understanding  that marriage is meant to share care and responsibility, not exerting rights!

The protection to either of the spouse  especially when the care and responsibility fails or not present in the marital life then the law steps in to protect each other's rights in the married life,  hence sentimental feelings apart,  law will take its due course of action when the sentimental attachments fail to care of individual interest and welfare. 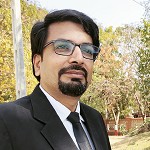 Agree with Goyal Sir, You may marry under the provisions of the Special Marriage Act. The marriage is registered before the Sub-Registrar. It takes 30 days to get the marriage certificate from the registration of the marriage.