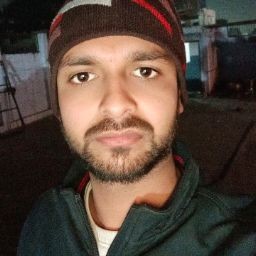 Is wearing hijab a constitutional right?

The constitution of India gives women or men a fundamental right to follow any religion with any social beliefs and they can wear any clothes in consonance with the religion which they follow. But sometimes it is imperative that at certain public places the general order and morality must be followed, places like a school, college or an institution which mandates wearing a uniform or doesn't permit to cover you faces for identification.

Individual rights end at the tip of their nose, and in public places, they have to follow the laid down rules and regulations.  Everyone has a right either to enter or exit the place where their constitutional rights are paramount to them.  Everyone can not dictate terms with some other organizations when they have many options.

No, not a consitutional right. it may be restricted according to place and time in the sake of public order and

and peace and public tranquillity.

There is major debate is going on  whether hijab is constitutionally protected or not. Before we answer we need to understand the deference betweenhere  between Hijab and full covered Nikab. Hijab is a piece of clothes wearing over head without fully covered up full face, a head scarf where face can fully visible. Whereas,  Nikab is full body cover up with face close highly recommended by Saudi -wahabi school of thought folloed by Taliban which is an innovation not islamic authentication.

As regards the debate, constitution permits attire dresses of their choice unless it contravene the rights of others. Now the question arises, does this hijab or Nikab concept contravene the rights of others? The answer to my mind is hijab not where's Nikab yes for security reasons. Suppose, a girl wears the headscarf of the colour of uniform which doesn't make any deference rather full Nikab makes to gather. Similarly, in schools Sikh wear turban of the same uniform colour , the girl say in Karnataka put bindi on her forehead attire with traditional dress lehnga of the same uniform colour does it make any deference or bring dishormoney as alleged by the government?

The billion dollar question is why such religious controversy comes only when elections are near. This is to polorise the vote where students are victims to it.

Conculdingly, when this issue of hijab not challenged or  even most of members of society without any religion barrir have no objections to it why this matter taken up se serious. The people in the society want good employment, education and security rather hijab or a shal. People lost their livelihood due to corona and ban not religion'.