Girlfriend blackmailing me that she got pregnant and aborted

Hi, My name is Mohan from TamilNadu.My girlfrend saying that she got pregnant and aborted and she is blackmailing to marry me wich makes me to feel like why I have born in this world.   I will explain in detail what happened in my life in the last 6 months

I was in love with a girl named Renu who is from Odissa for 3 years. We work in chennai (Software professionals) and my family knows about this.Problem is I do not know Odiya/Hindi but she understands Tamil as she was working n Chennai for 5 years. My family met herand confirmed from her that her mother is ready for marriage (she does not have her father like me). After that I went to her home in Odissa and met her mother and spoke to her having Renu with me but I could not understand their language. But Renu told me that they are ready for marriage but put some conditions and after discussion we were fine with that. After coming back from her place, I told my mother that they are ok for marriage and we arranged everything until printing the invitation cards. We(my side) arranged everything for marriage but 1 month before, it got cancelled as their family put some more conditions which we were not able to accept and so only my brother's marriage happened and it was realy a big shame to my family and I completely lost interest on her.

After that I told her that we cannot marry and I do not want to have any relation with her. But after my brother's marriage, she made me to fall for her saying that marriage was cancelled as her mother was not feeling well and we were having some physical relationship for 3-4 times but I clearly told her that I do not have interest and cannot marry. But I again I'm a guy and when a beautiful girl instigate me for s*x and we had the oppourtunity as well, I was not able to resist much but still I did not drill her (but not sure clearly). After that I was trying to avoid her, but she gave me a shock saying that she did not get her periods on time and its because of we were having s*x. she told me that her pregnancy test was positive but she did not give any proof of that. I came to USA for work and she went to Odissa for vacation and she told that she went to doctor with her mother and aborted. I did not believe this and could not believe also but I thought that a girl cannot tell a lie on this. I could not talk to her mother and confirm as I do not know the language. But from my experience I know that she lies a lot but not able to get the truth on this incident.

Actually I was not interested in marrying her after my marriage is cancelled and made my family to a big shame. But after she told that she aborted, I do not have any other option to marry her. But still I could not believe that as we did not have that much s*x and I hardly remember that I have driller her and I told her that I do not believe and asked the doctor's number. she refused to give saying that it's not good to distrub a doctor and I told I will not believe until I speak to the doctor who did the abortion. But she asked to call her mother and ask but I do not know the language. But next day the doctor called me from unknown number and told that she was not feeling well and they are good family but he did not tell anything about her preganancy. Again I told her that I could not believe and give his number to talk to him once again in detail but still she refused to share his number. But again next day, doctor called me from unknown number and told that she was preganant and he aborted her. Here I did not see that doctor and still could not belive that he is a doctor.

I could not believe her and I feel that all these are a drama as I did not have any other proof other than her saying that she got pregnant and aborted and her mother knows that. I'm getting crushed every minute thiking that I spoiled a girls life but on the other side she is lieing to get me in her life. My family does not know about this and they are really against our marriage now and ofcourse no will accept as they arranged everything and she cancelled it. Even I'm not interested in her as she behaves like Psycho and changes her mind constantly. But she is always blackmailing me that I slept with her and I cannot marry anyone and have to only suicide if I marry to someone else. Can someone help me here please. Is this kind of scenerio happens before and how can I confirm that she is telling the truth or lieing to me?. I'm not able to sleep for the last 4 months.

But I really do not want to leave a girl if really she got pregnant and aborted because of me and got all the pain due to that. I will definitely marry her if its a truth though I'm not interested as I cannot marry some other girl and live peacefully. I'm in USA now and please let me know if I need to call and talk.

Relax, everything is going to be OK. She is not gonna register an fir against you and even if she manages something like that you are in USA, just be there. Legally your story will stand, but we will have to see how severe the allegations are in the fir, if and when she files it. So, relax!! P.s : don't generalise men like that, not everyone will bang a beautiful girl the 1st chance they get. This mentality itself shows your pervertedness. And let's be honest here, if she has lied, I am sure youre no beacon of honesty either. In the end your karma will decide your fate. As far as your case is concerned higher a good advocate to protect you, just incase. Good luck

Its better to marry her by putting away all the differences.thats the best way to avoid getting dragged into unwanted cases

The crux is consent. If the consent was voluntarily and no pomise of marriage was proved, convictin will not sustain. Even if FIR is filed till the time u r in USA, nothing to worry at all. Defense is available.

Just try to talk with her mother again. She may not file a complaint against you. Just avoid her as much as possible Consult an advocate immediately

Friend,,,,Marry her..if she is threatening you for Rape case.If relation ship goes fine after marriage than Well and good, if not ... you can leave her by filing divorce.YOu may have to fight 498a only.498a is very easy than IPC 376.These woman should be treated like this only.You are telling that girl can not lie...it's your big mistake...today's girls are biggest liars... 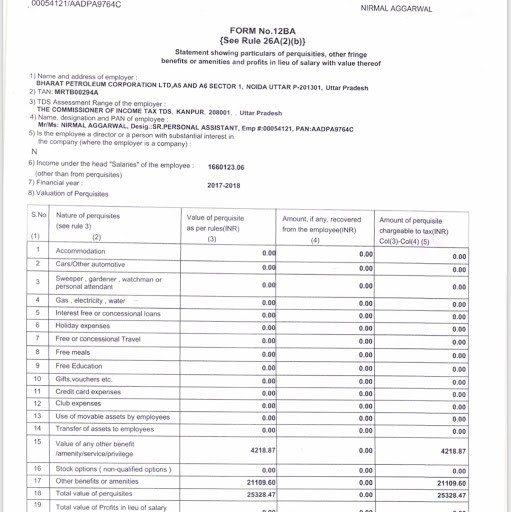 Ur language shows that u still love her. bettertalk with her with open mind and if she really love u she will not hide any thing.u should also trust . Better to marry if u love her n she too love u .

Ur language shows that u still love her. bettertalk with her with open mind and if she really love u she will not hide any thing.u should also trust . Better to marry if u love her n she too love u .

Please don't marry such girl who is black-mailling for marriage. Please look for suitable life partner.

hi i agree with you on some points