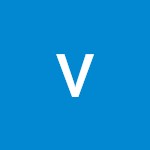 Is there a law or rule in constitution where we can press charges of false allegations by wife to a husband??

One can file a civil suit as under the following offences, when falsely accused-

To answer your query the Indian penal Code has the provision "defamation" when any person harassed or humiliated by another person can lodge an FIR against the person involved.

Under section 499 of the Indian Penal code, 1806
When one person makes false accusations against or statements about another and “publishes” those statements (by transmitting them to a third party by written word or word of mouth), and those statements damage the reputation, character or integrity of that person, the target of the statements may recover damages from the person who uttered the false statements. Such statements are called defamation of character.

There are two types of defamation:

Libel: Libel is a defamation that is written, such as in a newspaper, magazine or on the internet.

Slander: Slander is a defamation that is orally published, such as in a speech, over the airwaves, or in casual conversation.

Section 500 of the code, whoever defames another shall be punished with simple imprisonment for a term which may extend to two years, or with fine, or with both.