Dv act against me for maintenance and police complaint stage

- Wife is a Comp Sc engineer but was of homely kind and did 1 year of college lecturership job, 3 month of trainee job in my company on my recommendation to the managers.

- She has been emotionally, verbally and physically abusive

- She refused to return from Europe when I had to return to take care of my parents one of whom was dying and the other is old.

- Finally she returned from Europe after much convincing - I got my children admitted to the local schools and helped her get a job in a nearby school as she wished.

- An argument arose on 2 occasions with her parents within 1.5 months of coming back.
In the second argument they took her and my sons away after a lot of shouting in our place. My mother who was ailing died soon after.

While my mother was in coma they filed a case in the family court asking for maintenance for my wife and children in adjoining state after showing a rented address there. They also filed police complaint soon after in a PS where her parents actually stay.

Arguments over frivilous and trivial issues have been blown out and wife is falsely accusing me and my father of dowry demand, physical and mental harrasment and violence in her DV complaint asking for maintenance from family court.

We filed RCR in the same adjoining state (where they filed DV maintenance) in the district court after showing my residence there.

First hearing in RCR case both sides lawyers agreed to go into mediation. For the DV case in family court we just filed vakalatnama on first date. But even in the absence of our reply the MM judge ordered me to pay for the admission fees in the interim order.


Police have now said that because it is already in mediation in adjacent state court, we will "return" the application.

So my question is because 498a has not been filed against me yet, but the police complaint was done that would have led to 498a.

It is only due to the children that I am interested in reconciliation. However I am very afraid that next time she will file actual 498a which for some reasons did not happen this time because the police delayed it because of sickness of my mother.

Charges against me are totally false and baseless. Their parents want to take revenge for what they think was their insult and wife is equally wanting to punish me for trivial things such as not buying a dishwasher in Europe etc and doing what her parents are telling her.


I have phone records of last several months in which it is clear that she is the one who has been abusive. She acknowledges it herself in them. Her parents also are instigating her in many tapes to go against me and my parents.

Because of the 2 children I am deeply attached to and due to the "lust" and habit of being with her for last 11 years (some kind of love) I am 50-50. I have tried for last 1 year for really improving our relationship. But when she threatened to put us in jail I started taking defensive measures as well at the same time put 50% of my work time in improving this relationship. This has still resulted in the police complaint and DV maintenance case.

She is abusive and manipulative in all ways such as denying s*x, calling me names, slapping me.

- I have 2 out of 6 properties in joint name thought she did not put her money while buying them.

Should I reconcile? (with always having a fear of an actual 498a in the future). - My lawyer is looking to settle it with reconciliation (we decided on a lumpsum fees to them) or asking me if I want divorce.

- If I remain rigid on my conditions during mediation then it will probably go the 498a way and I will spend about 4-5 years in fighting it.


Should I start treating her as a true 498a wife or be flexible as it is still in maintenace case stage and police complaint stage??????

All depends on your tolerance levels. Talk to her coolly and find out what she wants. A peaceful life with love or a lonely life with parents after divorce. Ask her that you are ready to give her any thing out of both.

Tell her the consequences of criminal cases. How it will impact the kids badly and their future too.

Be ready for anything as per the bonafide advice of your elders and advocate.

I am sorry to hear this after 11 years of marriage!. i have a question to expert.

When this kind of women files DV, does the court take evidence from 8 years kid  whether there is domesti voilence in home or not.

Present generation kids are very smart, so i just wonder if court ask to kind them or not.


Evidence can be taken from 8 year old kid too.

Can an evidence be taken from the neighbours in DV Case?

where the interference of In-laws of a husband will be there in his family, the family is damn sure gone in hell. 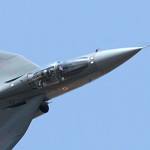 this is begning so wake up and keep patient and work confidiently and let it proove false. She taken this step to keep you under control but most in the cases she looses the control and it becomes uncontrol so ignore your wife now and love your childs.

How to ignore wife and love the children when both are not living with me and I cannot even visit the children?

Thanks. That is good.

My wife and her parents at the moment are poisoning my children's mind against me. How can I stop it if I do not have access to my children.

When can I ask for permanent visitation rights to my children like weekly etc? Can there be shared parenting or something like that.

File an application for visitation rights in the court so that you can be in regular touch with the children.

Filing an application for visitation right:

- Will an oral submission to the judge be enough or do I have to write a separate petition? Can this application be part of the RCR case? Sorry I am not well versed with the nomenclature?

It should be a seperate application in writing, you can file for interim visitation in your RCR petition also or can file a seperate petition under the guardians and wards act for parmanant visitation or custody.

Having been without my wife already for a few months now, and being a faithful husband is there some way the law would allow me to quench my urges in some ways? practical question - I wonder how others in my situation manage? Anyone else would amount to adultery but I guess most of the people manage someway.

Can my wife press charges against me if I wander around a little and I guess it goes against my case. I guess my wife is withholding s*x this way (used this as a weapon eaerlier as well) but this has been quite some time. This is cruelty magnified after already filing false cases against me.

Is the only legal way for me to have s*x is to have it with her or have divorce and have it?

It all appears so illogical and strange?  Plain question - is there some legal way for men like us to satisfy ourselves with someone? It does raise ethical question, but men have physical needs and if the wife is being cruel this way then there has to be some legal way?