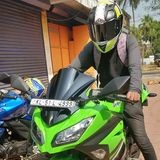 
Points: 58
How is the doctrine of separation of powers present in the Indian constitution without there being a provision which explicitly talks about it?
Reply

What have you been taught by your professor / tutor / guide ?

Let us take a look at some of the articles of the Constitution which suggest separation of powers.

Article 50: This article puts an obligation over the State to separate the judiciary from the executive. But, since this falls under the Directive Principles of State Policy, it is not enforceable.

Article 123: The President, being the executive head of the country, is empowered to exercise legislative powers (Promulgate ordinances) in certain conditions.

Articles 121 and 211: These provide that the legislatures cannot discuss the conduct of a judge of the Supreme Court or High Court. They can do so only in case of impeachment.

Article 361: The President and Governors enjoy immunity from court proceedings.

There is a system of checks and balances wherein the various organs impose checks on one another by certain provisions.

The judiciary has the power of judicial review over the actions of the executive and the legislature.

The judiciary has the power to strike down any law passed by the legislature if it is unconstitutional or arbitrary as per Article 13 (if it violates Fundamental Rights).

It can also declare unconstitutional executive actions as void.

The legislature also reviews the functioning of the executive.

Although the judiciary is independent, the judges are appointed by the executive.

The legislature can also alter the basis of the judgment while adhering to the constitutional limitation.

Checks and balances ensure that no one organ becomes all-too powerful. The Constitution guarantees that the discretionary power bestowed on any one organ is within the democratic principle.

Swaran Singh Case (1998): In this case, the SC held the UP Governor’s pardon of a convict unconstitutional.

The Honourable Supreme Court in Ram Jawaya Kapoor V State of Punjab held that the Indian Constitution has not indeed recognised the doctrine of separation of powers in its absolute rigidity but the functions of the different parts or branches of the government have been sufficiently differentiated and consequently it can be very well said that our Constitution does not contemplate assumption by one organ or part of the state of functions that essentially belong to another.

In P Kannadasan V State of Tamil Nadu, it was held, “the Constitution has invested the Constitutional Courts with the power to invalidate laws made by Parliament and the state legislatures transgressing Constitutional limitations. Where an Act made by the legislature is invalidated by the Courts on the basis of legislative incompetence, the legislature cannot enact a law declaring that the judgement of the Court shall not operate; it cannot overrule or annul the decision of the Court. But this does not mean that the legislature which is competent to enact the law cannot re-enact the law. Similarly, it is open to the legislature to alter the basis of the judgement. The new law or the amended law can be challenged on other grounds but not on the ground that it seeks to in effectuate or circumvent the decision of the court. This is what is meant by “checks and balance” inherent in a system of government incorporating separation of powers.