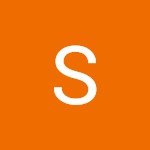 I am 29yrs old.. Got married on Nov 13,2019. I resided with my husband and his parents for 1.2months. During that time i discovered him as uncivilised, lust freak, dependent on taking every decision with his parents ( no individuality), lack of knowledge of the material world,coward, superstitious, miser, important in s*x but want to prove himself as man using tablets, using very strong words and forcing me to do s*x saying it's wife duty(but didn't happen) . ​​​​​ It might sound silly but a part from the above he has some skin problem he mostly itches his body through out the day even in private parts and touching me with same hands without washing it even though i warned him, he smiled like a clown and vl do the same. I warned, requested, urged him to just look dignified and give me sometime for the physical relation.. For words he will obey but his actions are different. He always have huge burps and farts, i understand it is common but his story is different bcz he does this for every 20mins almost which i feel like insane,. His parents always treat him like 3yrs kid, i agree every parents does the same.. But here it is killing his individuality. By looks he is not attractive but acts as calm in public. Only a wife can understand what her husband is.. Still for the sake of relation and future, I asked him to move from his parents for an year to comfort and understand ourselves without others interfernce, and we can visit them often. He agreed initially and searched for house... When we get to conclude for a house as i already mentioned of his superstitious and coward he rejected many on the name of vaastu. Now his father is diagonised with cancer, he is forcing me to me come to the same house where his parents reside, where we can stay ground floor.. Here the problem is because his father has tumour, before he die he wants see his grand children and emotionally forcing his son to make me to do s*x. I already told him I am not emotionally connected to u, u are not even trying to look smart and neat to impress me. He always behave like carle keeping his voice low, in the veil of innocent.

Please give some legal advice to my problem, am already depressed alot. 😭😭

1) First of all, according to what you have stated, your marriage has not completed one year time period. Under both the Hindu marriage act of 1955 and under special marriage act, the divorce petition can be filed only after the competition of one year of marriage.

This is mentioned under sub-section 1 of section 29 of Special marriage act and under section 14 of Hindu marriage act. Please note: refer to the act under which the marriage was solemnised.

2) Divorce, however is an option only once you complete 1 year of marriage.

3)The other option could be to try and attend counselling and reconciling before you take any extreme decision.

4) The grounds that you have mentioned can be covered under cruelty and domestic violence act and can become a ground for you to seek divorce.

5) Instead of divorce, the other option could be filing for judicial separation under section 10 of the Hindu marriage act or section 23 of the Special marriage act. The grounds taken can be the same as the ones taken in divorce, that is cruelty (mental or physical).

6) You can even file an application for maintenance during this period of judicial separation.

7) This period of judicial separation can be indefinite. You will continue to be the wife, but you do not have to cohabit with him. This period may tighten your bonds and give you scope for a better marriage ahead.

I hope this answers your queries.

Sorry sir that's impotent. (he is taking medications for that), and emotionally forcing me to prove himself as man in the saying of only physical relation make the bond though i am not at all interested and ready

in very short u can take divorce from him. u have no need to pass a specific time in law... try ure luck any where... life is so weighty with problems..u cant live with problems....make it easy and comfortable

I agree with the reply given by Mr. Prakriti Rustogi.

Madam now a days ,.dissolution of marriage is offcourse, made convenient if proper pleadings are in ur pleadings as per the actual facts. So u can go for it, after lapse of one complete year of ur wedding date.

Repitition of same story as already posted and replied at

is absurd and ridiculous.

You may seek professional advise of a local prudent lawyer as you are not satisfied with the obligation of experts on this platform.

“Only a wife can understand what her husband is…” how did you get married? I mean all traits you have described, be them as they are could have been known with a little prudence.

While I agree with the view expressed by expert  Mr P, .Rastogi regarding legal avenues open to you, sorry I also tempted to ask you if you were not ready for s*x  with your husband, then what for you married him please?  Prima facie, it appears to me  that you need counselling from a good Pschologist also.

I'm 28 yrs old. I am settled in Banglore. He stays in UAE. He is an irresponsible man. He only cares for his parents Not, his wife. In last 1.8 months of marriage. I didn't even stay with him for 10 days also. I want a divorce because there is no future with him.

Go for a mutual consent divorce. Whatever you’d described is not enough to answer any other question.

Shorn of embellishments, all you are seeking our suggestion is to convince or cajole your husband to abandon his parents and take care of you alone. In the absence of convincing grounds, such an action amounts to marital cruelty.

The allegations against your husband and his parents are too wild and immature to be accepted at their face value.