I am from a small town. 2 college students having alchohol were caught by the police near the college. Police came and started abusing them. One of them who is a little short tempered hit the police Constable in drunken state. But noe, instead of imposing that case police has imposed false FIR stating that they were consuming and carrying Ganja (cocaine) and also placed coccian packets on their side in photos and produced in court.

So please someone explain how to defend. I know they were also at fault, but the policemen were too. How to prove that police have wantedly placed coccian packets which the students were not aware of and they didn't consume they just consumed alchohol for which proper case may be made and fine taken.

(Guest)
file petition in high court for quashing this FIR 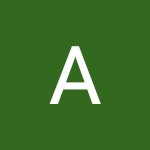 ask your friends to go and get tested and actually The window of detection depends on the frequency and amount of drug intake but is about 1 to 4 days for most drugs. so if you still have time, ask them to get tested for the same and keep the reports with you and then file a petition with the reports attached for squashing the FIR

statement before police is not confession u/s 25 and hence they are not aware of ganja is not punishable and are not addict to ganja. They should file counter claim against police officials
1 Like

Firstly go and get tested and get the reports handy. File petition with reporta attched for squashing police FIR. If any doubts approach Advocate.
1 Like

You may file a complaint before police complaint authority against the erring officials,
You can also move a private complaint u/s 190 Crpc against them for framing incorrect records,falsely implicating in grave crimes and also for fabricating documents etc..
It is important to undergo medical test within 3 days to establish ur case and attach the report along with the complaint
Finally during or after trial file a petition u/s 340 Crpc for tendering false evidence

when Police makes a search for drugs, first they get checked by reputed panchas near by area. They have to make such Panchnama on the first raid. Without such search and Panchnama other raid is not valid ,amounts to illegal raid. Howmuch quantity is taken by Police if it is minimum quantity no case arises. File Writ Petition to quash the F I R. Send many R T I applications to those Police on their various issues such as their past records, suspension, departmental action, assets etc.

thank every one for your valuable information. gratitude. 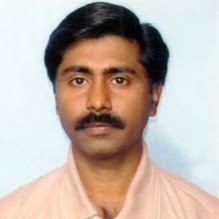 Send detail compaint of deparmental enquiry of police to IG and Home Minister.

Can approach human rights along with other efforts

How do you know that the charge of NDPS is false while you know asssult of public servant was there.

My Dad is staying in a small tent house by birth..property is in his mother's and Sisters name..His Sisters son is illegally harassing him and with undue influence he is forcing him to vacate the home..Police have filed wrong FIR for trespassing..pls advise