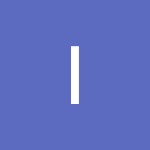 My query is, i have govt contract with a central govt institutes for services of mason,painter,carpenter and sewerman.Actually this is services contract not man-power.

Gross salary i am paying to my team is Rs 15000.00.I wants to know is it complusory to deduct ESI and EPF.

The Supreme Court in the case of Managing Director, Hassan Co-operative Milk Producer's Society Union Ltd vs. ESI Assistant Regional Director has ruled that the workers employed by contractors while in performance of the contract awarded to them do not fall within the purview of the Employee’s State Insurance Act (ESI Act).

It was held that these workers do not fit in to the definition of ‘employee’ under Section 2(9) of the ESI Act as they are neither paid by the principal employer, nor does he has any direct control or supervisory powers over these workers.

Also, exercise of some remote supervisory powers or indirect control by principal employer, are inevitable in such contracts and this in itself does not make these workers eligible to be covered under the ESI Act.

Applicability of ESIC Act may be referred, otherwise it will better to engage a local lawyer for such a commercial query.

To seek exemption from the EPF Act 1952, a company/establishment having more than 20 employees has to pass the twin tests laid out by the Supreme Court in the Regional Provident Fund Commissioner vs Sanatan Dharam Girls Secondary School case. The apex court noted this last week in the case of Pawan Hans Ltd vs Aviation Karmachari Sanghatana. These conditions are: First, the establishment must be either “belonging to” or “under the control of” the Central or the State Government.

Second, the employees of such an establishment should be entitled to the benefit of contributory provident fund or old age pension in accordance with any scheme or rule framed by the Central Government or the State Government governing such benefits. “If both tests are satisfied, an establishment can claim exemption/exclusion under Section 16(1)(b) of the EPF Act,” SC observed.

When contract labours are hired by any Company, their terms of employment are often left ambiguous and undetermined to avoid liabilities in future. Due to this lack of clarity contractual employees are often denied benefits at par with regular employees. The aforesaid judgement of the Hon'ble Supreme Court has addressed the issue of contractual employees regarding provident fund benefits and provides a clarity on implementation of same.

In your company, what is the strength of the employees? The above schemes are applicable only if the number of employees are beyond a threshold level.